There’s a new Idea-branded smartphone in town which goes by the !d 4000 moniker and it has gone on sale for just Rs 4,999. The handset is the sixth addition in the carrier’s portfolio and it caters to the entry-level featuring basic hardware to get Android 4.2 Jelly Bean up and running.

The Idea !d 4000 is decently sized with a 4-inch TFT display, but there’s a slight confusion about the resolution which is listed as HVGA on the device’s specifications page and WVGA in its description. Nevertheless, for the said price, either would do. Powering up the smartphone is a 1GHz dual core processor and there are various apps which come preloaded. They include !dea TV, Facebook and Twitter amongst others. 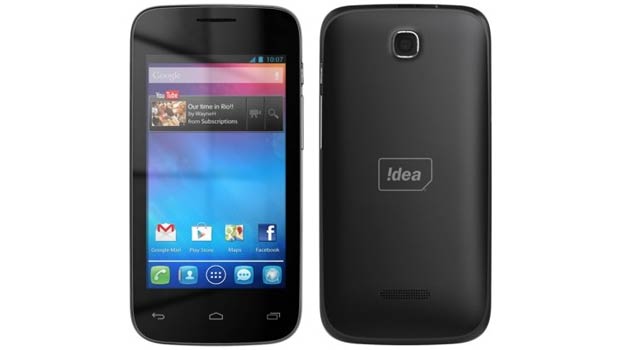 The smartphone has a single camera which is of 3.2MP and is situated on the rear sans an LED flash. It doesn’t have dual SIM support either, but for the a super affordable smartphone, it does offer 3G HSPA+ 21Mbps connectivity along with Bluetooth 4.0, Wi-Fi with hotspot support, GPS and more. The RAM here is 512MB, while the internal storage is 4GB, out of which only 2GB is user-accessible. A microSD card slot is also onboard enabling expansion of up to 32GB. Lastly, the phone has a 1500mAh battery which can deliver 325 hours of standby or 2.8 hours of talktime on 3G.

The Idea !d 4000 is only available in 11 circles where the carrier’s 3G services have been deployed. The provider is offering 1.6GB of 3G data and !dea TV for 3 months on recharge of Rs 261 (for new subscribers).