After the 5-inch Ultra phablet, Idea has announced the launch of another smartphone that goes by the name of Aurus 4 and is compatible with the carrier’s 3G network. The dual SIM gadget refrains from burning a hole in your wallet as it is attached with a price tag that reads Rs 8,999.

The fourth generation Aurus smartphone employs a capacitive TFT screen that offers a multi-touch real estate of 4.5 inches diagonally and manages to deliver images in a resolution of 480 x 854 pixels. A G sensor, a proximity sensor and an ambient light sensor have been fitted on the display as well. You can attribute the handset’s ability to provide a user-friendly and intuitive interface to the Android Jelly Bean 4.2 platform. 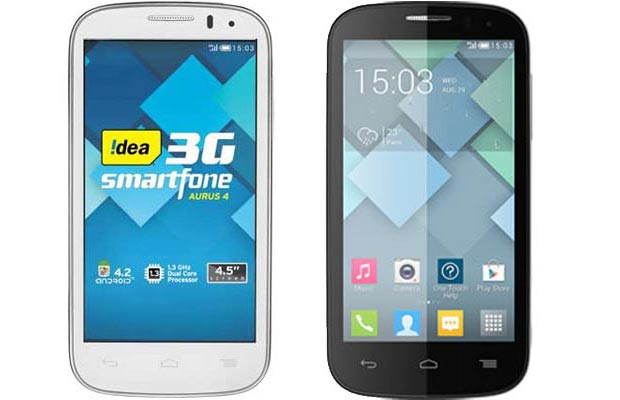 Coming to the cameras, you can expect the handset to bring a set of two lenses. A 5MP one lays claim over the rear panel and has flash for company, while a 0.3MP webcam has been tossed in to facilitate video calling over the internet. Out of its 4GB onboard memory, you get merely 2GB for hoarding your content and as it is likely to be insufficient, you get the option of inserting a microSD card into the dedicated slot for additional memory of 32GB.

Here’s a list of the phone’s key specifications at a glance:

The Idea Aurus 4 smartphone is already available for purchase for a price of Rs 8,999.