ICYMI: Tough luck getting your hands on the Samsung Galaxy Round

Did Samsung trick you into thinking the Galaxy Round flexible display smartphone was ready for sale? You’re not the only one. Turns out that it’s actually more of a prototype than a device intended for commercial distribution.

Samsung is reportedly planning to sell the handset in limited numbers. Since the company didn’t even get around to hinting at launch dates for the Galaxy Round outside of South Korea, it’s also possible that its home country will be the only one welcoming it.

That would explain the asking the high asking price which is calculated to be over $1000 for the phone. SamMobile cites an insider source while noting that the release of the prototype is meant for testing curved OLED displays the way the company did with the SCH-W850 and the Galaxy S2 HD LTE (SHV-E120S) for their screens.

– But you know what, Samsung and LG? Apple did it first!

The thing is, Samsung’s been so eager to get there first lately and win a medal for innovation, it even implied that the Galaxy Gear was a rush job that ‘lacks something special.’ It could also mean that the Round was the answer to LG’s G Flex leaks and not the prototype it is assumed to be. 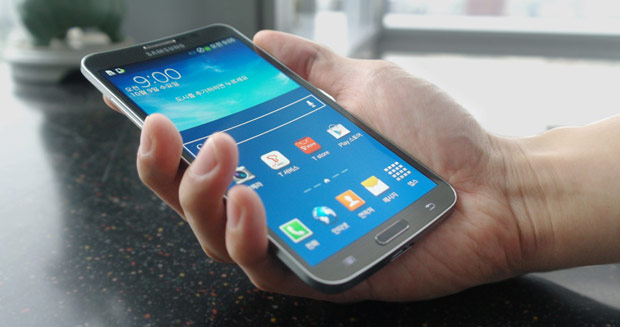 Here’s a look at the Galaxy Round’s tech specs: