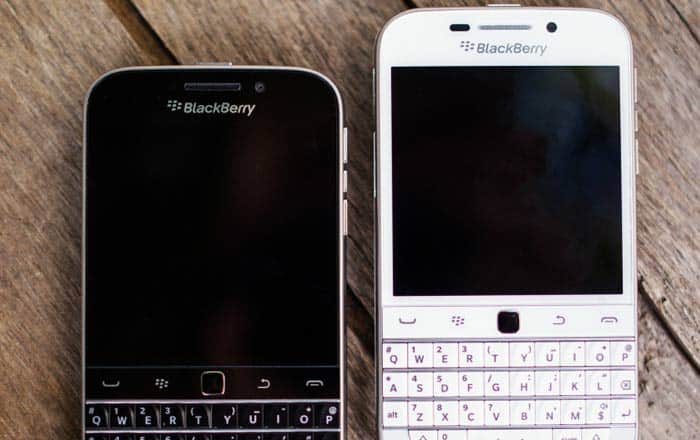 The BlackBerry Classic has officially been sent to its grave after sticking around for years as one of the last bastions of the physical keyboard era. The handset has been on its death bed for a long time now, unable to keep up with the likes of the iPhone and Android smartphones.

BlackBerry announced the end of the road for the Classic via a blog post. The company’s official reason for letting go of the phone was that it wants to keep innovating and advancing its portfolio with state of the art smartphones. The Classic doesn’t seem to be fitting into that mold, which is why it will stop manufacturing the device.

The Classic has been around since 2014, serving as a rehash of the brand’s original offering for the modern age. While the firm claims that the device has had many successful years in the market, it’s entirely possible that dwindling sales were the real reason for the handset’s demise.

BlackBerry received a major blow recently when the US Senate had announced that it would stop distributing the beleaguered manufacturer’s phones in favor of the Apple iPhone SE and Samsung Galaxy S6. The brand is attempting to sound positive about the end of the Classic, asserting that it’s ready to embrace the change to give its customers something better.

BlackBerry has previously announced that it was planning to launch two mid-range Android devices later this year. The Priv, the brand’s first device powered by the OS, hasn’t done as well as the company had hoped it would, with the company’s CEO John Chen himself admitting that the phone was priced too high.

Meanwhile, people who still want to buy the BlackBerry Classic will have to check with their carriers for availablity or snap up an unlocked version online. The firm plans to continue supporting BlackBerry 10 with software updates and will deliver version 10.3.3 next month.