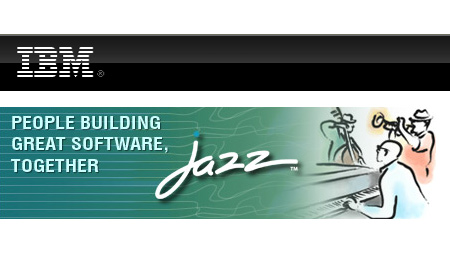 According to VP of marketing and strategy Scott Hebner, Jazz is on the lines of the company’s Eclipse community, which this time around is heading towards a team instead of an individual developer.

However, Jazz as an open source ALM will be introduced after some time. Hebner states, “We’re increasing amounts of [open source elements], but we’ve got to take it one step at a time,” he says. “Step one is opening it up to that community.” In order for business partners to support Jazz, Hebners says he feels an open source approach is best. “The trick is how do you move down the path of making the key underpinnings open source?”

Speaking further about the initiative, Hebner maintained that the idea behind Jazz is to develop potential products in an open, clear forum, where source codes will be introduced over time. “It helps spark innovation and creativity,” of open communities will be possible, as per Hebner. “The idea is to be a more effective integrator, in order to enhance the collaboration of a company’s product team.”

In addition, IBM also released the second beta version of the IBM Rational Team Concert Express, which is the New York, USA-headquartered company’s pioneering Jazz product. With this toolset, smaller development teams can enhance association and productivity. While its first beta rolled out last summer; general release of Team Concert Express is planned for later this year.

Rational Team Concert Express bundles in new features, such as a Web 2.0 interface and instant messaging as part of its design. All the same, it’s also very dependent on other IBM technologies.

As per Hebner, it will also help support the idea of a standard structure based on open source standards. “Every year that goes by that idea picks up
weight,” he says. “We see Team Concert Express also evolving the standard.”