It’s been quite some time since we last heard from iberry and the OEM is back with a bang through its new Auxus Beast smartphone. As the name suggest, the handset is a beefy release and it comes with upper mid-range features including a FHD display, octa core performance and more.

The iberry Auxus Beast falls in the phablet category as it carries a 5.5-inch display. As mentioned above, the screen in a 1080p panel and the company has given it a Gorilla Glass coating for extra protection. To deliver the steam, a 64-bit MediaTek MT6752 1.7GHz octa core processor is employed along with a whopping 3GB of RAM. 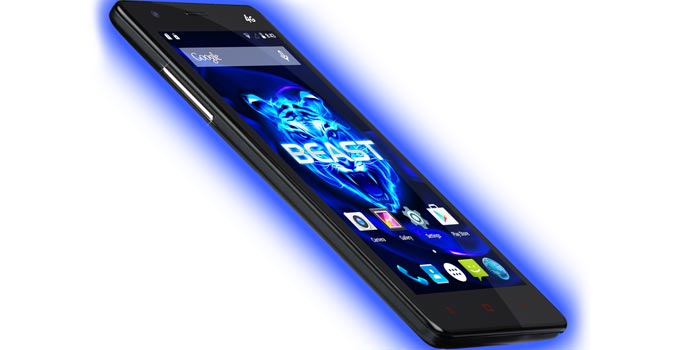 The iberry device is also loaded with 16GB of internal flash memory and a microSD card slot which can support up to 128GB. Android 5.0 Lollipop comes out of the box and the experience is mostly stock, but you can expect to find a few preloaded applications.

Also read: Even Motorola gets into the LTE league in India, second-gen Moto E 4G available

The handset is also dual SIM enabled and supports 4G LTE and HSPA+ networks. While the hardware onboard the Auxus Beast is certainly attractive, the phone’s design is pretty mediocre. Well, asking for great hardware and an amazing design is too much from an affordable release.

Here’s a roundup of the key iberry Auxus Beast specifications:

The iberry Auxus Beast will go on sale from April 20 and it will be exclusive to Snapdeal. The phone is priced at Rs 13990 and comes in options of black, blue, red and white.