With the new iBall Slide 1044, the Mumbai-based company seems to be targeting a very small portion of the Indian consumer base which is interested in going for 10-inch slates. The device has been crafted nonetheless, and while we still don’t have any information about its price and release date, we do have a detailed list of its specifications.

The 10-inch display on the iBall Slide 1044 comes equipped with a screen resolution of 1280 x 800 pixels. Running the show in the software department is the Android 4.4 KitKat OS. Furthermore, this tablet is fueled by a quad core Intel Atom Z3735G processor clocked at an impressive 1.83GHz. 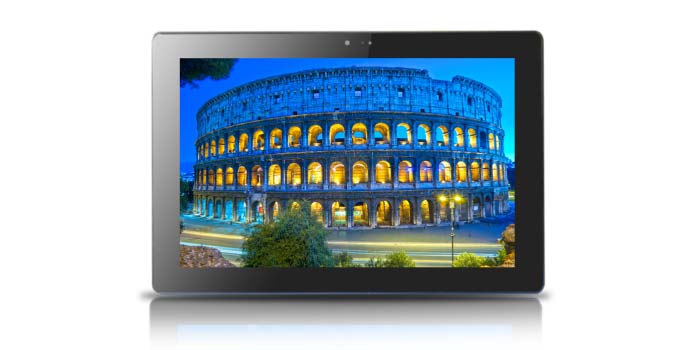 This CPU is backed up by 1GB worth of RAM, while the built-in storage provided by the device to its users is 8GB. And there is indeed a microSD card slot present on this iBall slate for further expansions of up to 64GB.

The Slide 1044 kicks in a mini HDMI port as well, whereas it also bears USB OTG and 3G (via dongle) support. A 2MP camera sits on its rear surface and there’s even a front snapper of unknown resolution present on it. The device is powered by a 4000mAh polymer battery.

A quick look at the key specs of the iBall Slide 1044:

The iBall Slide 1044 is expected to be officially unveiled in the coming days, and it’s only then that we’ll have a clear idea of its price.