There are two new iBall smartphones out in the market right now, namely the Andi 4F ARC3 and the Cobalt 6. These new devices fall into very differently price categories, with one costing just Rs 3999 and the latter going for a Rs 13999 price tag.

The iBall Andi 4F ARC3 is an incredibly basic smartphone which offers low-end specs as well as 3G and dual SIM support. It runs the Android 4.4 KitKat OS, which is something that’s expected from a device as cheap as this one.

The Andi 4F ARC3 features on its front surface a 4-inch 480 x 800 pixel display, while its innards are highlighted by a 1.2GHz quad core processor. There’s 512MB of RAM onboard as well, apart from 8GB worth of storage space which is of course expandable. 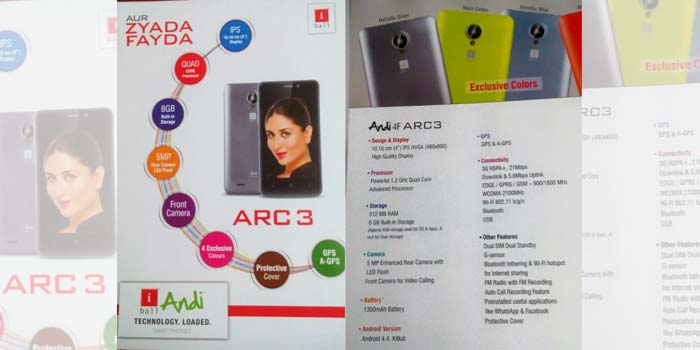 This iBall device is still to be officially announced, but its details have been revealed prematurely by frequent leaker, Mahesh Telecom. Its other highlights include a 5MP rear camera with flash, a low-res front camera and 1350mAh battery.

Also Read: iBall Andi 5U Platino gets spotted on company’s website without a price tag

Coming to the Cobalt 6, this handset carries a large 6-inch 1080p full HD monitor and the Android 4.4 KitKat OS. A 1.7GHz octa core processor powers its operations from within, while taking assistance from 2GB worth of RAM. Besides, 16GB of storage space ahas also been granted to it, apart from a microSD card slot. 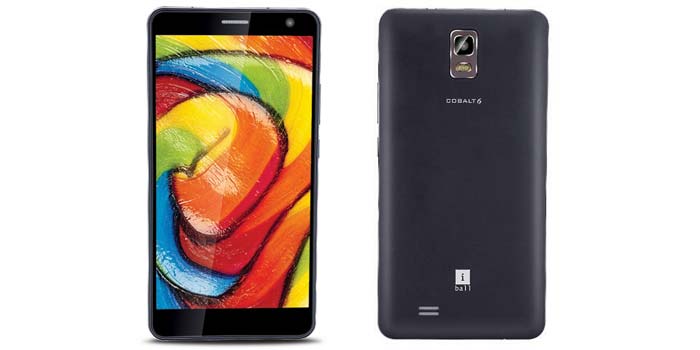 This dual SIM 3G offering goes for a 13MP main camera which carries a BDI sensor and a dual LED flash with it. Selfies on the iBall device are taken care of by an 8MP snapper, while power management is looked after by a 3000mAh battery.

According to The Techolic blog, the iBall Cobalt 6 is already available for purchase through physical retail stores in India.

Facebook
Twitter
Pinterest
Linkedin
ReddIt
Tumblr
Flip
Previous articleOnePlus 2 gets its first OTA update, fixes Stagefright bug and more
Next articleiPhone users from US can use Samsung smartphones for a whole month at just $1