iBall which is one of the largest Android tablets makers in India, has taken up a new venture by launching the Slide WQ32 tablet. The latest release brings the OEM into the Windows 8.1 fold and the brand is touting its offering as a productivity-friendly business slate with a budget price of just Rs 16999 attached to it.

Well, the iBall Slide WQ32 isn’t the first Windows 8.1 tablet to come from a local OEM. Croma and Xolo have already launched their own devices, while Micromax seems to have scrapped its slate before even reaching the market. The new release is pretty affordable and it’s powered by Intel’s Bay Trail processor, the Atom Z3735D SOC to be precise. 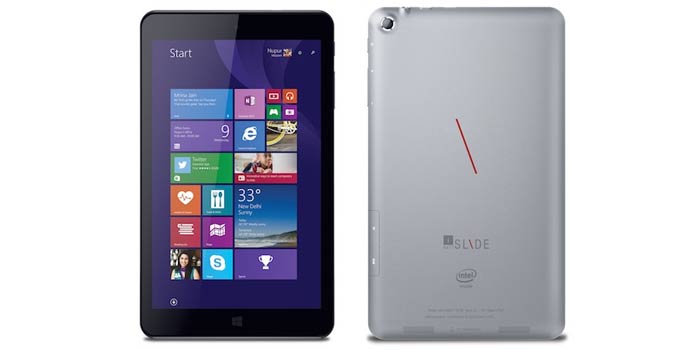 The chip can provide burst speeds of up to 1.86GHz and is accompanied by 2GB of RAM on the inside. The WQ32 features the traditional iBall design which is a plastic rear shell with the Slide logo at the center. The front panel has an 8-inch 1280 x 800 pixel IPS display based on the Zero Air Gap touch design and grants wide viewing angles of 178 degrees.

Also see: Acer Iconia Tab 8 W is a Windows slate, Iconia 10 and One 8 settle for Android

Where storage is concerned, the slate offers 16GB of flash memory out of which, at least 10GB will be accessible. There’s a microSD card slot as well, supporting up to 32GB. Other features include 3G cellular connectivity and dual cameras (2MP front, 5MP rear).

Apart from the iBall Slide WQ32, the company is also planning to launch a 10.1-inch 2-in-1 device by the end of this month.