iBall managed to pull off a Rs 4999 tablet running Windows 8.1

Windows tablets are getting ridiculously cheap and the iBall Slide i701 might have just taken things a step further. The slate has been officially launched in India and it is offering a full desktop experience at just Rs 4999.

At that price, we wouldn’t expect anything more than an entry-level tablet or smartphone. But the iBall Slide i701 manages to pack mid-range features. It runs on a full version of Windows 8.1 and looks pretty decent. Well, you will have to deal with a plastic form factor and we really cannot comment on build quality at present.

Additionally, the iBall device is powered by a quad core Intel Atom processor which is what you’d find in the majority of affordable Windows slates. What’s interesting is that the company has managed to fit in a 7-inch IPS display with HD visuals. We’re not sure of the exact screen resolution, but we wouldn’t be surprised if it turns out to be 1024 x 600 pixels. 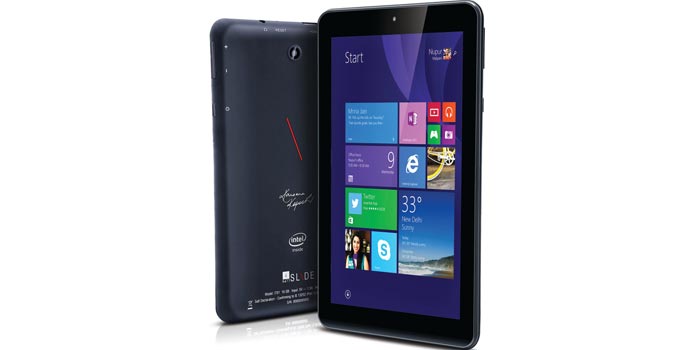 The Slide i701 also comes with dual cameras where the front has a VGA snapper and the rear packs a 2MP shooter. And for connectivity, there’s Wi-Fi b/g/n, Bluetooth 4.0, HDMI, 3G support via an external dongle.

The iBall Slide i701 is amongst if not, the cheapest Windows tablet on the market and the best part of all is that you can upgrade it to Windows 10 for free when the OS launches later this year. The slate goes on sale from tomorrow through retail and online stores and it’s bundled with an HDMI cable as well as interchangeable covers.