iBall has launched another Android tablet in India called the Slide Stellar A2 which is not only high in performance, but also easy on the wallet. The slate is being touted with high resolution cameras, octa core processing power and a lot more at just Rs 11999.

The iBall Slide Stellar A2 could just be the best Android tablet from the OEM and while it offers some great features, it does have a few downsides. Firstly, the OS used here is version 4.4 KitKat which is on the verge of being outdated now since Lollipop 5.1 is already available. Then there’s just 1GB of RAM which really doesn’t do justice to the other hardware onboard. 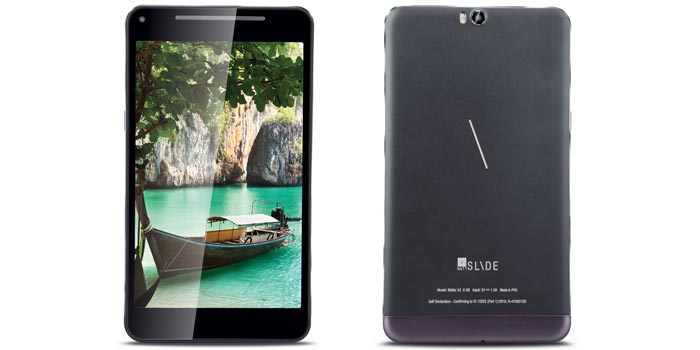 Speaking of which, the iBall device is packed with a 1.7GHz octa core processor from MediaTek. The exact make of the SOC is unknown, but we’re assuming it’s based on the Cortex A7 and not the new Cortex A53 64-bit core. And for storage, a mere 8GB of internal memory is supplied with microSD support of up to 32GB.

Also read: Even iBall does a smartphone with a huge 4000mAh battery, calls it Andi 5F Infinito

The display used here is 7 inches wide with 1280 x 800 pixel resolution. As mentioned above, the Slide Stellar A2 has high resolution cameras where an 8MP shooter has been fitted on the front and rear. The main snapper is also accompanied by dual LED flash for betting lighting. The slate supports voice calling and has dual SIM slots as well.

The iBall Slide Stellar A2 should be available for purchase at retail stores in the coming days.