Equipped with slightly more premium looks as compared to other iBall tablets, the Slide IPS20 has just been launched in India with its price set at Rs 9699. This tablet offers support for 3G as well as voice calling, and even lets you listen to FM radio without having to connect any headphones.

The iBall Slide IPS20 holds a 7-inch display onboard, offering its visuals in a 1024 x 600 pixel resolution. Its gold colored rear surface grabs a metallic coating, and houses a 2MP camera which is accompanied by an LED flash. This slate even bears a basic front-facing snapper for owners to take advantage of the video calling facility. 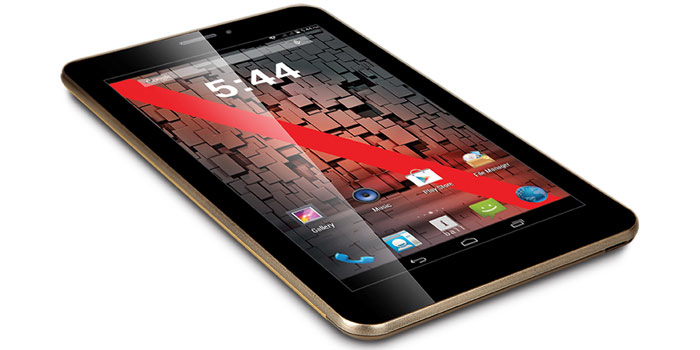 Android 4.4 KitKat is the software that has been provided to this slate by its maker. The iBall Slide IPS20 furthermore, ships with 8GB worth of built-in storage which can be expanded further up to 32GB by means of its microSD card slot. Powering this tablet from within is a 3000mAh polymer battery which keeps it going when you’re not charging it. Sized at 192mm x 108mm x 9.25mm, it accommodates dual SIM slots as well.

Here’s a short look at the specs of the iBall Slide IPS20 tablet: 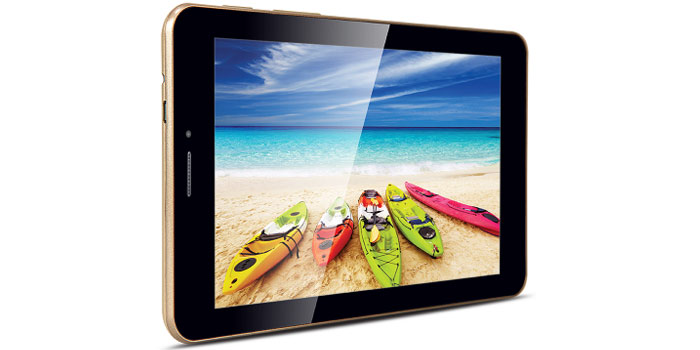 Like we said, the iBall Slide IPS20 has been priced by its makers at Rs 9699. There’s no word on when the company plans on putting it out in the markets, but you can expect that to happen in the next few days for certain.