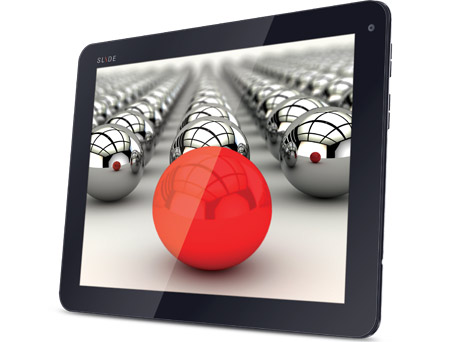 With the iBall Slide i9702 out now and it’s price chalked out at Rs. 14,999, it would be safe to say that the company has now officially taken a serious leap into the mid-range segment of tablets, following its long-term association with budget devices. The gadget comes equipped with a dual core setup and an IPS screen as large as 9.7-inches, and runs Google’s Android Ice Cream Sandwich OS.

‘Superb speed and performance’ are apparently on offer with the i9702’s dual core 1.5GHz processor which is harmonized by a quad core G400 Mali graphics processor that is meant mostly for smooth gaming experiences. Another one of the tablet’s noticeable features is its 1GB of DDR3 RAM. Pre-loaded apps offered with it include Facebook, Zomato, Moneycontrol, Nimbuzz, IBN Live, Cricket Next and Document Viewer.

As far as the exterior goes, its highlight definitely is the 9.7-inch full capacitive multi-touch IPS screen. Furthermore, the chassis has even been embedded with a dual camera setup, with both snappers coming with 2MP capabilities. Claimed to offer a back-up time of over 7 hours, the i9702 kicks in an 8000mAh battery as well. 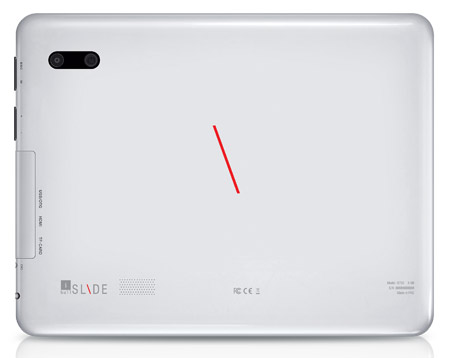 The tablet comprises 8GB of built-in hoarding space which is expandable till up to 32GB using its micoSD slot. And its connectivity options include 3G on data card via a USB dongle as well as an HDMI port, apart from Wi-Fi and USB OTG, of course.

As mentioned above, the iBall Slide i9702 will be offered in India at Rs. 14,999. Its exact availability details haven’t been specified by the company in its press release.