We could be seeing two new devices from iBall get launched in the coming days as a tablet called the Slide Brace X1, and smartphone which will be known as the Xotic, have made their appearances online. The upcoming slate showed up through the company’s own website which is where most devices get spotted, but the handset is a result of a local retailer posting information on it online.

Judging by the name, the iBall Xotic should be a stylish release from the Indian OEM and we don’t really know what the phone looks like, but the teaser image embedded below does give us a small peak at its design. Mahesh Telecom notes via Facebook that the smartphone will retail for Rs 7999.

The price tag suggests that it’ll compete against the Yu Yureka from Micromax and Intex’s new Iris X8 octa core smartphone. Sadly, we don’t have much information on the handset and what’s known so far is that it’ll come with 2GB RAM and 16GB of internal flash storage.

Also read: OnePlus One will be available in India tomorrow without invite

Coming to the iBall Slide Brace X1, this slate is an exact replica of the Lenovo Yoga tablet series. We could see a lawsuit in the making, but we doubt the Chinese OEM will pay heed to the rip-off. The device does offer a good dose of hardware and it also comes with a large battery. 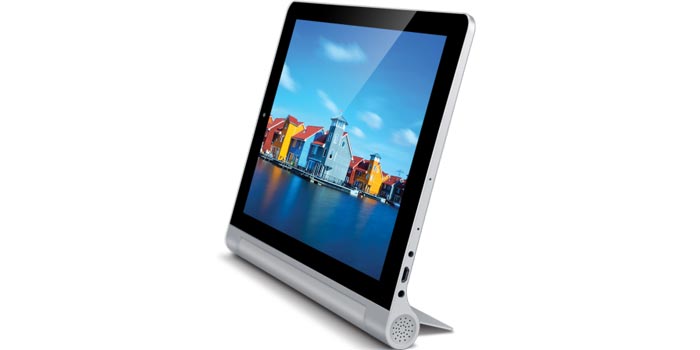 You get a 10.1-inch display on this iBall device and it comes with Andorid 4.4 KitKat out of the box. Performance is also pretty good with 2GB of RAM and a 1.7GHz octa core chipset hard at work on the inside. As for storage, there’s 16GB flash memory and a microSD card slot.

We should be seeing the iBall Slide Brace X1 slate and Xotic smartphone make their debut any day now, so stay tuned for an update.