iBall has released a new tablet for the Indian market which is being called the Slide Brace-X1 and it offers a large display along with a promises of great battery life. What’s more, the slate is the first octa core release in the 10.1-inch category from the OEM and it has quite the beefy price tag of Rs 17999.

Well, the new release isn’t the only octa core offering in the Slide lineup as the 7-inch Octa A41 tablet is already on the market for Rs 12490. The iBall Slide Brace-X1 is being touted with some neat features, but it’s basically a rip-off of Lenovo’s Yoga 2 tablets. As you can see in the image below, the company has blatantly copied the latter’s design which has been praised for its unique looks. 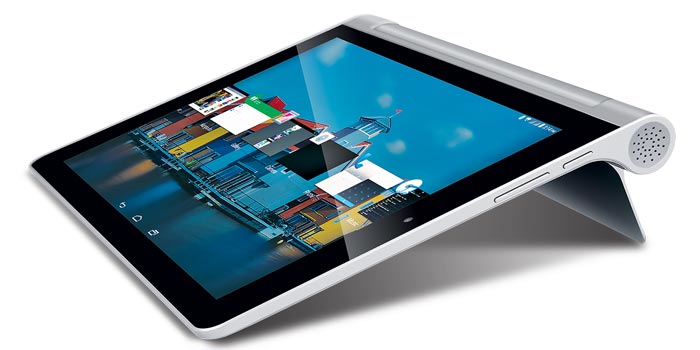 But we’re not at all surprised to say the least, as this isn’t the first time an iBall device mimics the looks of a popular release. We just assumed that those copy-cat days were behind the Indian OEM. As mentioned above, the slate has an octa core chip and a 10.1-inch screen. The CPU here is clocked at 1.7GHz and is most likely based on the Cortex A7, while the touchscreen proffers visuals at 1280 x 800 pixel resolution.

The Slide Brace-X1 doesn’t compromise on imaging as it offers a 13MP rear shooter and a 5MP selfie camera on the front. There are dual stereo speakers as well, and the battery is rated at 7800mAh. The official estimate is that you can expect up to 24 hours of usage. 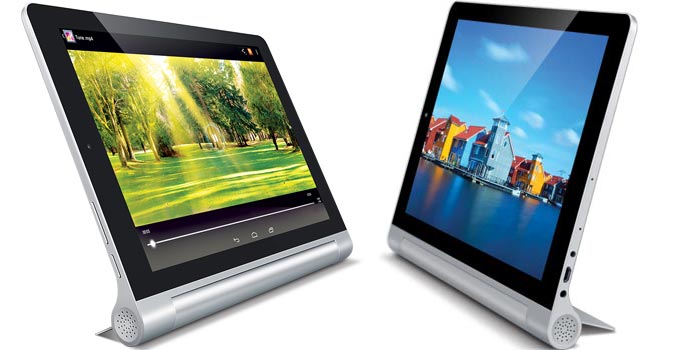 Here’s an overview of the iBall Slide Brace-X1 key specs:

The iBall Slide Brace-X1 will go on sale in the next few weeks through retail stores across the country.