The iBall Slide 3G i80 is a new Android tablet for the budget market in India and the device comes with some pretty interesting features onboard. As the name indicates, there’s 3G HSPA+ cellular connectivity which is not limited to data use only, but also enables voice calling.

Then there’s an Intel Atom processor which delivers top-notch performance similar to what you’d find on the new Asus Zenfone 2 smartphones. The iBall Slide 3G i80 isn’t the first Intel based tablet from the company.

The OEM is working on the 10-inch Slide 1044 which also packs the latest Atom Z3735 processor with a clock speed of 1.83GHz. The difference is that the latter device is yet to get officially announced. And with the said SOC onboard, the iBall slate is 64-bit enabled, but the OS here is Android 4.4 KitKat and there’s no mention of an update to Lollipop. 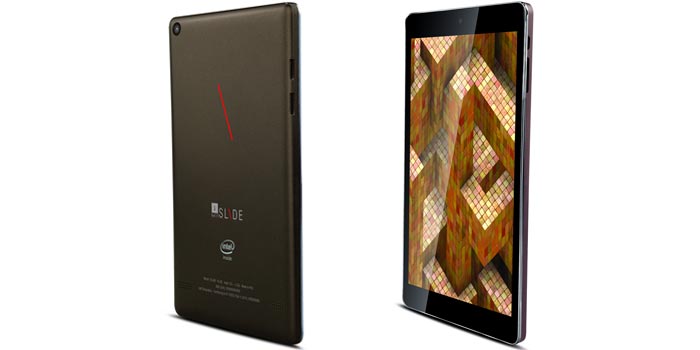 Nevertheless, the device is still pretty attractive as it offers 19 Indian languages out of the box as well as other software features including Cast Screen for wirelessly streaming content to an HDTV. Coming to the Slide 3G i80’s hardware, the display is of 8 inches and the IPS LCD panel offers 1280 x 800 pixel resolution.

There are dual cameras as well, with the front carrying a 2MP snapper and the rear packing a 5MP sensor. On the inside, a 16GB of flash storage, a microSD car slot and 1GB RAM caters to memory needs, while a 4400mAh battery gets things up and running.

The iBall Slide 3G i80 will reach retail stores in the coming days with a price tag of Rs 10499.