The iBall Slide 3G 7345Q-800 has joined the company’s vast portfolio of voice calling tablets in India. And while it may look the same as its siblings as well as offer similar features, this release does have an ace up its sleeve. The company has pre-loaded it with Android 4.4 KitKat which is not as common as you’d expect in the budget tablet market.

However, there is a slight conflict with regards to the OS. Snapdeal and eBay where the iBall Slide 3G 7345Q-800 is currently up for grabs, state that the tablet has Android KitKat onboard, while the official product page on the company’s website mentions the existence of version 4.2 Jelly Bean. 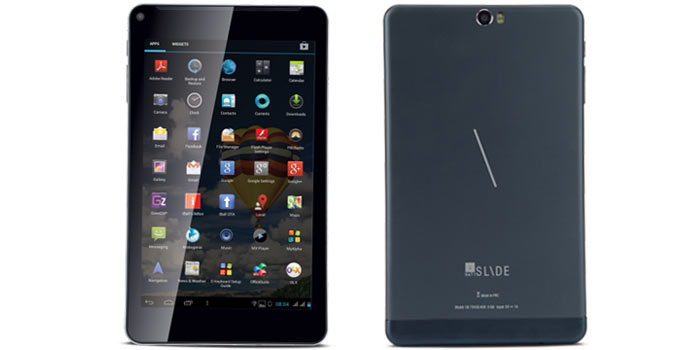 It’s hard to say which source is correct, but we’ve got a feeling that this could be an error on the OEM’s side, mainly because it wouldn’t be the first time such an issue has popped up. Like most iBall tablets, this one is also made from plastic, but has a metal housing. It also showcases a clean design with the Slide logo on the rear.

The display is the standard 7-inch size and visuals are delivered at 1280 x 800p resolution. The rest of the specs are pretty much guessable where memory is provided through 1GB RAM and 8GB flash storage, while processing needs are taken care of a 1.3GHz quad core Cortex A7 chipset. There are dual cameras as well, and dual SIM support with HSPA+ 21Mbps connectivity. 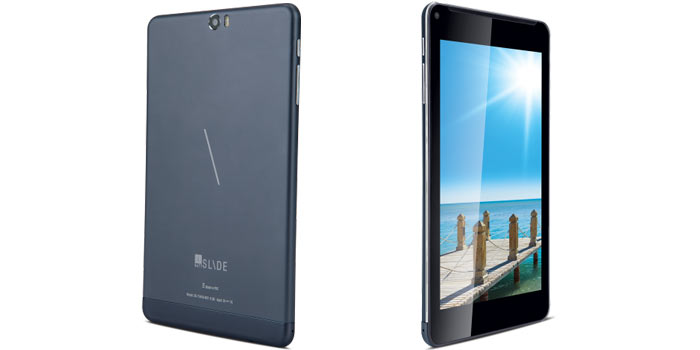