Exactly a month after launching its first Windows 8 tablet in India, iBall has turned up with a new Android slate called the Slide 3G 6095-D20 that’s designed for the price-conscious. The new KitKat powered device is tagged at Rs 7999 and it falls in the entry-level segment.

The iBall Slide 3G 6095-D20 takes a few design cues from Samsung’s Galaxy phones where it offers a similar front-facing design silver coated stripes on the sides. The device’s rear panel flaunts a textured pattern, while the overall thickness is 8.9mm. 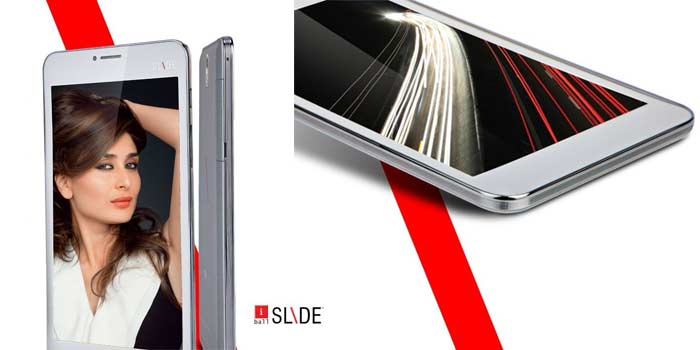 The tablet is a voice calling one and it gives out 3G HSPA+ connectivity as well, along with dual SIM support. Hardware-wise, the Slide 3G 6095-D20 flaunts a 6.95-inch 1024 x 600 pixel display like the newly launched HP 7 VoiceTab. And a 1.3GHz dual core Cortex A7 processor does the heavy lifting with 1GB of RAM.

For storage needs, the slate tags along 8GB internal memory and a microSD card slot that will support not more than 32GB. Then there’s a 2MP rear snapper with LED flash and a VGA unit on the front for video calling. No mention about battery life has been made, but we wouldn’t expect anything higher than a 3000mAh cell.

The iBall Slide 3G 6095-D20 is currently available for purchase in India through eBay at a reduced price of Rs 6889, in white.