Microsoft is focusing a lot on the budget market to expand its WP ecosystem and it’s also facing some good competition from local OEMs in India, the iBall Andi 4L Pulse being the latest challenger. The handset has been officially launched in the country carrying a price tag of just Rs 4788.

This basically makes the phone one of the cheapest releases in the country and also in the Wp8.1 ecosystem. The iBall Andi 4L Pulse has been on sale from over a month now, but only through local retailers. The company has now announced its launch and is also offering it through online stores. 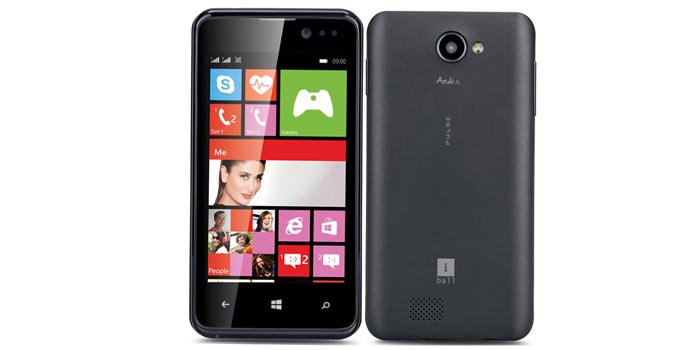 While Microsoft’s own Lumia phones do make better choices in spite of their slightly higher retail tags, the iBall release does have the upper hand in certain features. For example, most super affordable Lumia handsets don’t have a front-facing camera, but the Andi 4L Pulse does. There’s even a 5MP rear shooter with an LED flash.

The front flaunts a 4-inch WVGA IPS touchscreen and the internal hardware is more or less the same as what you’d get on other low-cost Windows Phone devices. A 1.2GHz quad core processor gets things up and running and is accompanied by 1GB RAM. There’s also 4GB of flash storage and a microSD card slot supporting up to 32GB.

The iBall Andi 4L Pulse can be purchased online through Snapdeal in black only.