iBall has released its fair share of voice calling tablets over the months, but it’s upping the ante with the Slide Octa A41 slate which recently went official in India. The device is Android powered and it has some pretty high-end components onboard, yet carries an affordable price of 12999.

The iBall Slide Octa A41 is basically competition to the new Intel Bay Trail Android slates in the market, especially the ones from Lenovo and Dell. The slate has nothing fancy on the outside as you get a familiar looking 7-inch slab with a large logo of the brand on the rear panel. 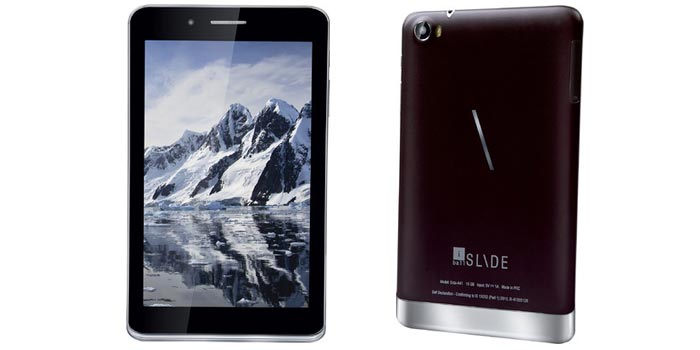 What makes this tablet an attractive one is its hardware. The large screen on the front proffers visuals at 1920 x 1200 pixel WUXGA resolution. Then there’s a selfie-class 5MP camera accompanying it along with an earpiece for making and receiving calls. If you flip over to the rear, you’ll find an 8MP shooter and even an LED flash which is mostly omitted from tablet designs.

The insides are pretty beefy as well. The iBall slate is powered by a 1.7GHz octa core Cortex A7 processor with Mali 450 graphics. You also get 2GB RAM, 16GB storage and a 3500mAh battery which is a bit disappointing considering that the display and CPU will hog up a lot of power.

The iBall Slide Octa A41 tablet is currently available for purchase through Flipkart.