iBall does one more super affordable smartphone, unveiled as Andi4 Arc for Rs 3499

iBall has come up with a new smartphone for the super affordable category, the Andi4 Arc, which has been launched in India at just Rs 3499. The handset is being touted as a ‘best in segment’ release as it offers a larger display and better internal storage compared to the competition.

The iBall Andi4 Arc is very similar to the 3.5F Grabit which is a rebranded version of the 3.5KKe Winner+. The handset also carries the same price tag, but offers better features as mentioned above. The phone is of course powered by Android 4.4 KitKat and it also offers dual SIM card slots, meeting the usual norms. 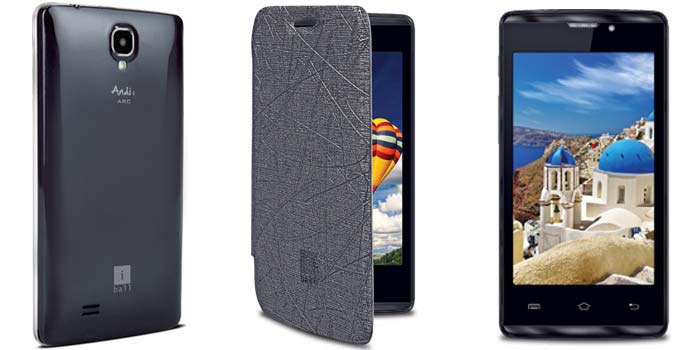 This iBall phone also has HSPA 3G cellular support and the usual connectivity features such as Bluetooth 4.0, Wi-Fi b/g/n and GPS. Visuals are delivered through a 4-inch WVGA IPS display on the front and there are dual cameras onboard as well, but the company hasn’t disclosed any information on the sensors.

Also read: Flipkart has sold over 2.5 million Motorola smartphones in under 9 months

What we do know is that a 1.3GHz dual core Cortex A7 processor will power up the Andi4 Arch and it’ll be accompanied by 256MB of RAM and 2GB of internal storage. A microSD card slot is also available for memory expansion of up to 32GB. And to get things up and running, the smartphone employs a 1300mAh battery.

Here’s an overview of the iBall Andi4 Arc’s specs:

There’s no word on availability of the iBall Andi4 Arc smartphone in India.