Earlier this month, we saw two new iBall devices popup, the Side Brace X1 tablet and Xotic smartphone. The former has already been official revealed and now, the latter handset has also been made available for purchase with the Andi 5M Xotic branding.

The latest addition to the company’s smartphone lineup is basically a lower mid-level release. The iBall Andi 5M Xotic was previously said to go on sale at Rs 7999, but it’s being offered with a much higher price of Rs 8950 on eBay. Certainly, this amount will decrease once the company decides to officially launch the device. 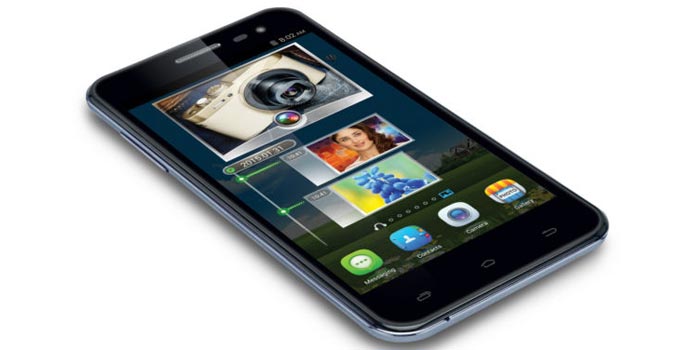 The new iBall phone offers some pretty nice features. It’s probably the cheapest device on the market to pack 2GB of RAM. What’s more, Android 4.4 KitKat runs the show here, but Lollipop will soon take over as an update to version 5.0 has been promised. Design-wise, the handset looks pretty attractive and it flaunts a 5-inch display with slim bezels on the front.

There’s also a 3.2MP snapper placed here for video calling, while an 8MP camera can be found on the rear. The Andi 5M Xotic is powered by the usual 1.3GHz quad core Cortex A7 processor and for storage, there’s 16GB of internal memory and a microSD card slot. The smartphone also features HSPA+ connectivity, dual SIM support and a 2000mAh battery amongst others.

If you’re interested in purchasing the iBall Andi 5M Xotic, the phone is currently available though this link.