The iBall Andi 5K Sparkle had shown up on the official website last month and now the company has revealed that the device is ready to be up for sale in India. The phablet is priced at just under Rs 10,000, but can be picked up for a discounted rate of less than Rs 8,950 via select r-retailers.

According to the company, this smartphone adopts a stylish form factor and brings some sought-after features as well. Its front is dominated by a 5-inch capacitive touchscreen that delivers qHD visuals. And as the IPS technology is deployed in it, you can expect it to have a wide viewing angle as well. A 2MP selfie-cam can also be found on the front, provided to help you make video calls. 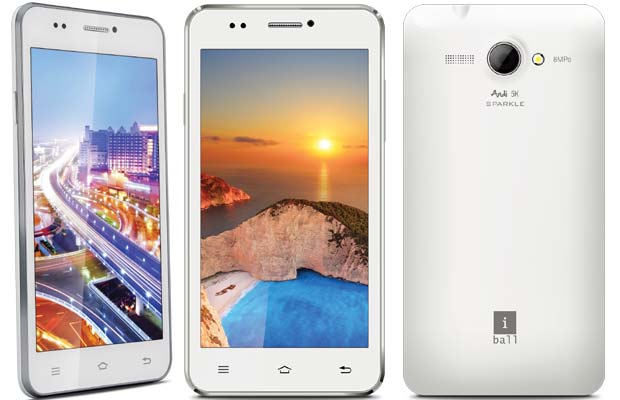 As for the primary camera, it employs an 8MP lens and even brings the common attributes like auto focus, LED flash, digital zoom, video recording and much more. A Cortex A7 quad core processor ticking at 1.3GHz supervises the internal working of the iBall Andi 5K Sparkle and it is assisted by 512MB of RAM.

Android 4.2.2 is at heart of the gadget that brings 4GB of onboard memory expandable by up to 32GB. It is pre-loaded with some special UI themes and you can even expect connectivity options such as Wi-Fi, 3G, GPS, Bluetooth and more. The device is fueled by a 1850mAh battery.