After launching two new 3G voice calling tablet, iBall has started focusing on smartphones again with the release of the Andi 5K Panther in India. The handset is priced at Rs 10499 and it’s one of the most affordable octa core devices on the market.

The iBall Andi 5K Panther will have to compete against the Wickedleak Wammy Neo Youth and Xiaomi Redmi Note, both offering octa core performance at prices below Rs 10000. The handset in question doesn’t quite impress in design, but it offers a decent set of hardware. 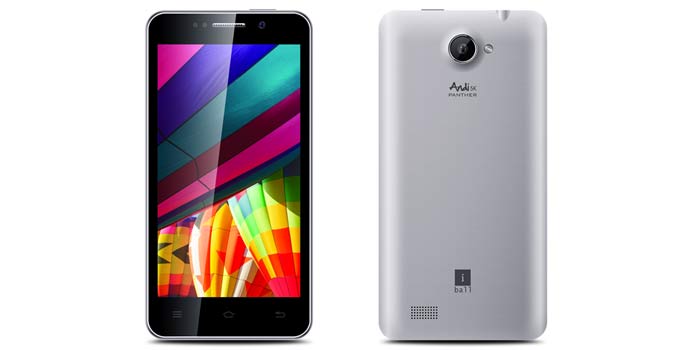 The front features a 5-inch IPS panel and unlike its competitors that offer 720p HD visuals, this one has qHD 960 x 540 pixel resolution which is a disappointment. Also, the octa core processor which is from MediaTek and based on the Cortex A7 is clocked at 1.4GHz, while the others have 1.7GHz clock speeds. On the bright side, the phone offers an 8MP rear camera and a 2MP front snapper.

Also read: Xolo chooses new 8X-1000 smartphone to be the first to carry its Hive UI

There’s Android 4.4.2 KitKat also onboard and ‘Ok Google’ voice commands. Coming to the innards, the smartphone offers 8GB of flash memory, 1GB RAM and 32GB expansion via the microSD card slot. A 1900mAh battery has also been included along with dual SIM support. Other features of the phone include FM radio with recording, gesture support for capturing images and USB OTG amongst others.

Here’s a roundup of the iBall Andi 5K Panther specifications:

The iBall Andi 5K Panther is currently available for purchase through eBay for Rs 10499, while ShopClues has it listed at Rs 10999.