The iBall Andi 5 E7 will soon have company as the Indian smartphone maker has announced the launch of the Andi 5 M8 which is pretty similar to the former, in terms of specifications. While the E7 carries a price tag of Rs 7,000, the phone in question costs Rs 9,000.

Almost all the components of the two aforementioned devices are same, barring may be a couple of changes. Both the contenders boast of a 5-inch FWVGA High Quality Display that has a resolution of 854 x 480 pixels. Also, the M8 is most likely to have an intuitive interface considering that it makes the most of the Android Jelly Bean 4.2.2 OS, just like the E7. You will also find a couple of SIM card slots on the iBall phone’s chassis. 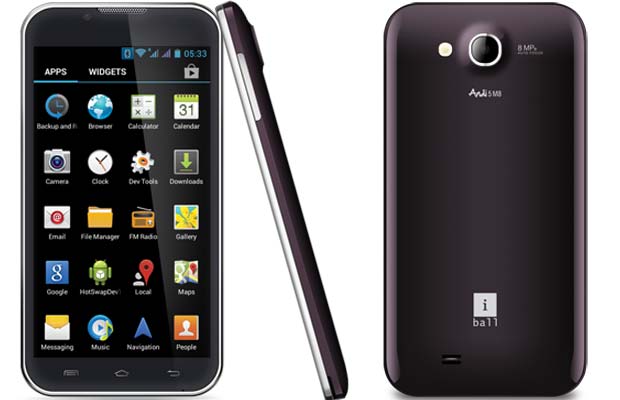 A dual core Cortex A7 advanced processor clocking in a speed of 1.3GHz rests under the hood and seeks assistance from 512MB of RAM. You even get 4GB onboard memory, which is further expandable by up to 32GB. The major difference between the two smartphones is the camera, the M8 has an 8MP one, while the E7 has to make do with a 5MP snapper. The former even sports a VGA webcam.

Key specifications of the M8 at a glance:

The iBall Andi 5 M8 has been listed on the official website in India and as we said, it costs Rs 8,999.