The iBall Andi 5.5N2 Quadro smartphone is the latest from the Indian manufacturer to hit the market scene and it has already been made available through online retailers for varying prices between Rs 13,215 and Rs 14,249. The device comes hot on the heels of the Andi 5 M8 and 5 E7, both of which have already been put up for sale for affordable amounts.

As of now, the iBall handset has hit Snapdeal, eBay and ShopClues where it has been listed for Rs 13,215, Rs 14,249 and Rs 13,799, respectively. It is in stock through all these resellers and has already started shipping to interested users in India. Also, the smartphone is backed by a one-year brand warranty and can be purchased with EMI offers. 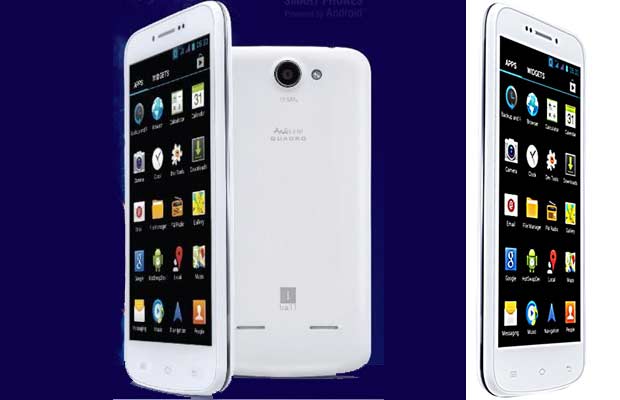 Let’s see what the handset has in store for us. The phablet shows off a 5.5-inch multi-touch IPS display of 720p resolution and a pixel density of 267ppi. And this screen has a 2MP webcam for company, while the rear panel plays host to a 12MP camera complete with the common features like auto focus, LED flash and video recording amongst others.

The Jelly Bean-based smartphone has dual SIM card slots and it acquires multitasking properties from a quad core Cortex A7 processor that can clock in a speed of 1.2GHz. 1GB of RAM, 4GB of onboard memory which is expandable by up to 32GB, 3G compatibility, Wi-Fi and a 2500mAh battery are some of the many things which can be found within the device.

As we said, the iBall Andi 5.5N2 Quadro is now available.