Cheap Windows Phone 8.1 handsets are being released in India on a regular basis these days, and iBall Andi 4L Pulse is set to be the newest among them. It hasn’t been officially unveiled as yet, but a retailer in Mumbai has leaked out images of its packaging already.

Priced at just Rs 4899, this handset features components that justify its affordable retail value. The iBall Andi 4L Pulse kicks in a 4-inch TFT screen which showcases its visuals in a resolution of 480 x 800 pixels. It’s a dual SIM phone which is not a surprise since India is a hot market for this feature. 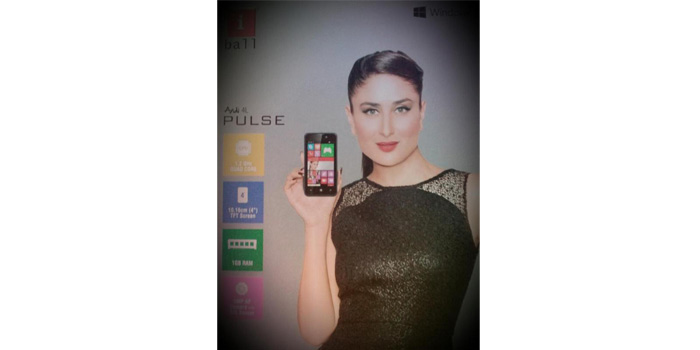 One of the highlights of this iBall handset is the fact that it carries onboard a Qualcomm chipset. The Snapdragon 200 model has been granted to it by its makers, blessing it with the benefits of a 1.2GHz quad core processor that’s backed by 1GB worth of RAM.

The Andi 4L Pulse features 4GB of storage space which most probably can be expanded further up to 32GB by means of a microSD card slot. A 1500mAh battery has been placed inside the handset, the usage times of which are unknown at the moment.

Here’s a neat look at the specs of the iBall Andi 4L Pulse: 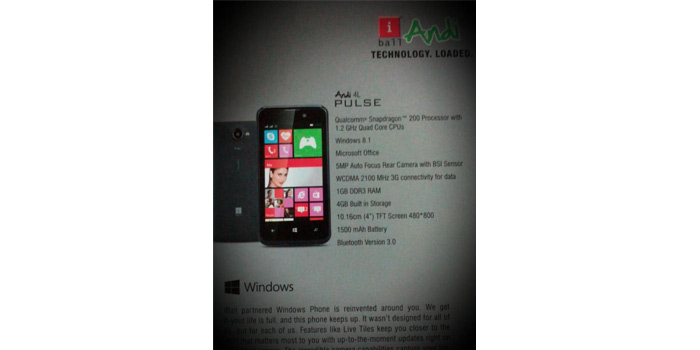 The Windows Phone 8.1-bearing iBall Andi 4L Pulse is available for purchase at Rs 4899 from Mahesh Telecom, a physical retailer located in Mumbai. We’re hence sure that it will be released through other retail channels in the days to come.