iBall has announced the launch of its new Andi 4 IPS Tiger smartphone which benefits from a quad core processor. Despite its other specs being humdrum affairs, it has still been priced at Rs. 7,199, posing no real competition to other phones like the Moto E, the Lava Iris X1 and the Micromax Unite 2 which fall in similar price brackets.

It features the dated Android 4.2.2 Jelly Bean OS, while others from its class are offering the latest KitKat flavor. Moreover, it kicks in a small 4-inch IPS display offering WVGA resolution. The iBall Andi 4 IPS Tiger runs on a 1.3GHz quad core Cortex A7 processor but manages to present just 512MB of RAM. 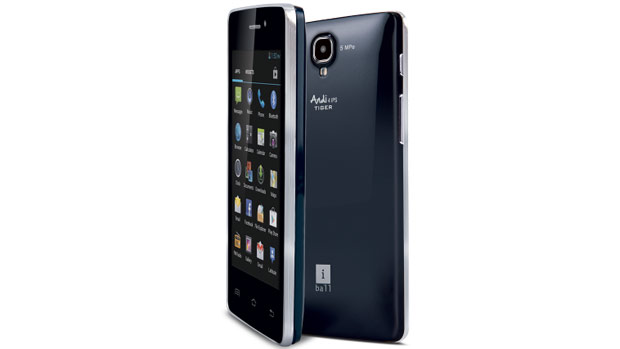 It has been equipped by its makers with 4GB worth of storage space, but users can of course extend that further using its microSD card slot that supports up to 32GB of additional storage. Inside the Tiger, you’ll find a 1300mAh.

iBall has also infused this device with a few interface alterations, prime among them being the incorporation of several visual themes. A 5MP camera has been placed on its rear surface, whereas its front has presumably been blessed with a VGA snapper.

Here’s a neat look at the specs of the iBall Andi 4 IPS Tiger: