The iBall Andi 4.5P Glitter in yellow screamed ‘Nokia Lumia’ so loud, we had to cover our ears. Upon further inspection, it was just the bright color framing the front which tricked the eyes. The design is in fact, entirely different.

The Andi 4.5P Glitter has an appearance that doe not tell on its price. It costs between Rs 7,399 and Rs 8,299 depending on the retailer selling it to you. And it also features a 1.3GHz quad core Cortex A7 processor. 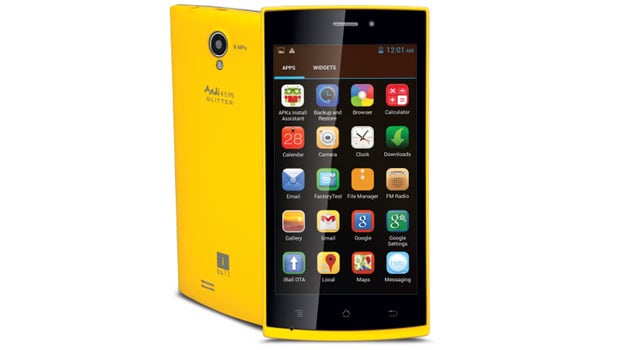 You’d think the phone would stay true to its name and be sparkly all over, right? Well, Glitter only refers to the way it will ‘dazzle users with its powerful chipset and bright display,’ says iBall without a hint of a sheepish expression at the lameness of its explanation.

The onboard RAM hasn’t been mentioned, but there’s no way it’s higher than 1GB. The budget handset is powered by Jelly Bean and a 1450mAh battery. Across its face is a 4.5-inch screen of 854 x 480p resolution and a VGA webcam above this.

Flip the device on its front and you will be able to see an 8MP camera accompanied by an LED flash unit. There’s 4GB of internal memory and a microSD card slot for adding 32GB of extra space. Lastly, the phone is capable of working with 3G networks. 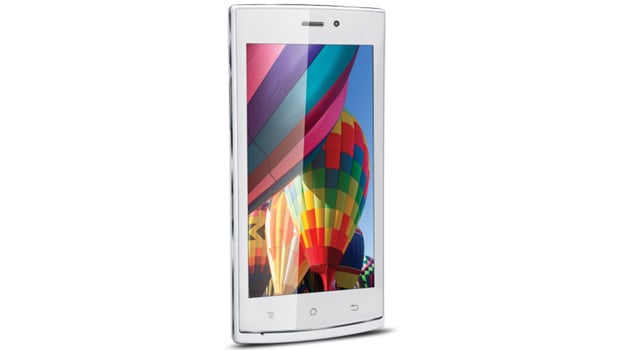