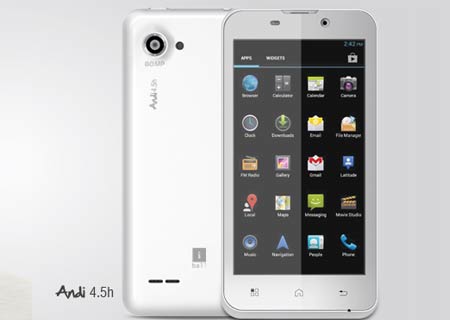 The iBall Andi 4.5H price has been given a mention by the manufacturer, however there’s still no specific information on when it will be commercially available for purchase. The handset is the latest addition to the company’s And series with the most recent iteration being the 4.3J smartphone.

Here, visuals are delivered through a 4.5-inch touchscreen. The display employed proffers a qHD resolution of 960 x 540 pixels and features the IPS technology. Powering the Andi 4.5H is a dual core processor that’s clocked at 1GHz along with 1GB of RAM for smooth operations. The Ice Cream Sandwich platform runs the show here tagging along a host of features. Through the rear-facing 8MP AD camera with LED flash, users will be able to capture 3D images and 360 degree panoramas just like in Android 4.2. 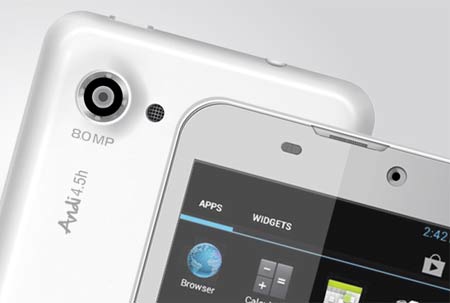 For storage needs, 4GB of flash memory is built-in and there’s also a microSD card slot supporting up to 32GB. The handset is pre-loaded with a host of applications. They comprise of utilities like WhatsApp, Facebook, Opera Mini, Nimbuzz, Zomato, IBNLive, Moneycontrol and CricketNext, amongst others. It is dual SIM enabled, that means users will be able to throw in 2 cards from service providers of their choice. The device supports GSM and HSDPA 7.2Mbps network on both slots.

Additionally, video calls can be commenced owing to its 3G support and the front-facing camera. Other connectivity highlights worth a mention include Bluetooth with A2DP and Wi-Fi 802.11 b/g. Users will also be able to share their cellular data connection with others through Mobile Hotspot and USB tethering support, while A-GPS does its part by delivering turn-by-turn navigation. 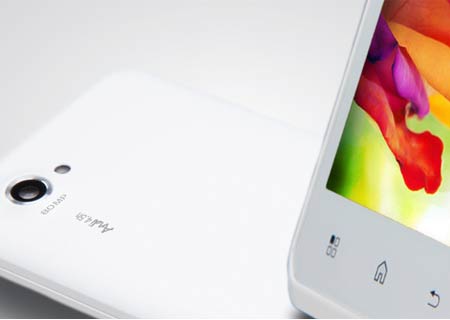 The iBall Andi 4.5H will be available for a suggested cost of Rs, 12,490. The handset’s release date hasn’t been given a mention as yet. And when it does go live for purchase, we’ll be sure to report it.