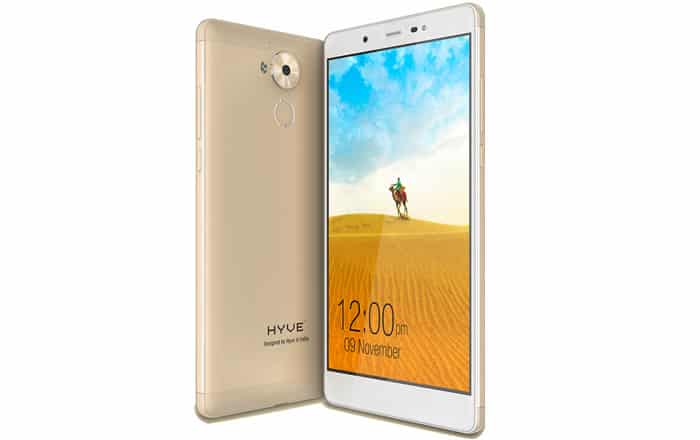 India-based Hyve has come out with its flagship offering in the country in the form of the Pryme. The handset will be up for pre-booking exclusively via Amazon starting from November 20.

The Hyve Pryme has been slapped with a Rs 17999 price tag. Its biggest talking point is its deca-core MediaTek Helio X20 processor which clocks in at 2.3GHz in terms of speed. The smartphone has in fact been launched in collaboration with the chipset maker. The latter claims the CPU’s tri-cluster architecture makes way for more capable multitasking and power efficiency.

Other notable highlights include the Pryme’s phablet-qualifying 5.7-inch full HD screen, IR Blaster, and USB Type-C support. It runs on Android 6.0 Marshmallow and derives its strength from a 3500mAh battery. As for its photography abilities, the device carries a 13MP camera blessed with an aperture of f/2.0 and dual-tone LED flash.

There’s also an 8MP front-facing shooter accompanied by an LED flash unit of its own to light up selfies in the dark. Users of the all-metal Hyve offering can take advantage of 32GB of internal space and 4GB of RAM for their memory requirements. The first can be expanded up to 200GB via a microSD card.

A quick summary of the specifications of the Hyve Pryme:

Once again, you can pre-book the Hyve Pryme via Amazon India on November 20.