Hyperlapse is a new utility from Instagram, offers time-lapse videos

Instagram welcomed the ability to process and upload videos last year and the launch of the Hyperlapse application now grants a huge boost to this particular feature. Time lapse videos which compress long clips into short and sweet ones are the focus of this new app which has gone live in the Apple App Store.

For those wondering why it’s not yet on the Google Play store, there are some problems to be solved on the API front, reports Wired. But we’re guessing that the Android version should be up and running in the weeks to come. 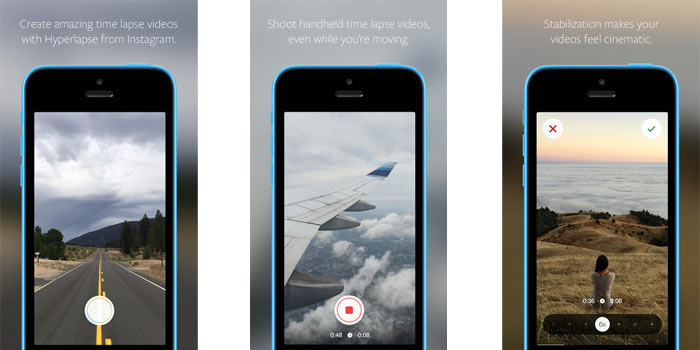 Coming back to Hyperlapse, the way it addresses the main problem with most time lapse videos – shakes of course – is quite interesting. This app from Instagram features built-in stabilization technology that relies on feedback received from the gyroscopes of your devices. So when a video is being shot with it, the shakes are analyzed and are reverse-engineered during processing to stabilize the clip.

Check out: Bolt is Instagram’s answer to Snapchat and it’s out now… but in select countries

This is one of the reasons why the app has been launched as a separate entity rather than it being part of Instagram. Opening Hyperlapse takes you straight to its camera which you can tap to start creating the clip. You can then select a playback speed according to your liking to process the video and store it in your camera roll. And that’s from you can pick up the video and share it on Instagram.

Like we said, Hyperlapse is iOS-only at the moment though an Android version is expected in the coming weeks. Hit this link to go to its App Store page.