Some of us are having a really good day today; Hugh Jackman has just been revealed as the brand ambassador for Micromax and he’s already teasing the Canvas Turbo A250 which hit the rumor mill early this month.

Also called ‘Hugh the hottie’ by people we pretend we’re not Facebook friends with, the Wolverine star seems to be doing a sort of incomplete namaste (customary Indian greeting) as the Turbo floats between his palms in the YouTube teaser video posted below.

Clad in a full-sleeved, olive green shirt (insert: disappointed sighs), the actor also mouths ‘It’s nothing like anything,’ the company’s tagline, in the clip. It’s a pretty odd move for an Indian brand with such a huge presence in the country to sign on a Hollywood star instead of a Bollywood celebrity as its ambassador.

Maybe it has something to do with Micromax’s supposed future plans for expansion into international territory? As far as we can see, the audience response to this news is positive. No backlashes for not signing up a Bollywood name to represent the company seem to have arisen yet. 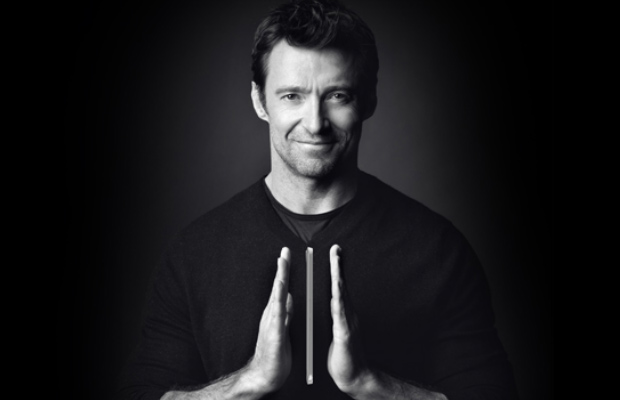 Meanwhile, here are the rumored specs of the Canvas Turbo A250:

– The screen size is not known, but the phone may have a 1080p full HD touchscreen.
– A quad core Cortex A7 processor clocked at 1.2GHz or 1.5GHz may be on the menu.
– There’s a chance of it having dual SIM support and a camera of up to 13MP resolution.

Micromax has tacked a ‘Coming soon’ sign next to the Canvas Turbo. It is expected to arrive towards the end of this month or by early November, at the latest. No word on the price yet.