As had been foretold by BlackBerry’s Krishnadeep Baruah, BBM Channels and Voice attributes have landed on the Android and iOS versions of the app. An update has been issued by the Canadian company, laced with several new interesting additions that form part of the app’s BlackBerry 10 version as well.

What’s new
BBM Channels are actually large groups containing people interested in talking on certain topics. Although they can be created by all BBM users, they are mostly used by brands and companies to stay in touch with their fans and customers. One post can reach out to thousands of people, getting across their message in an easy manner. 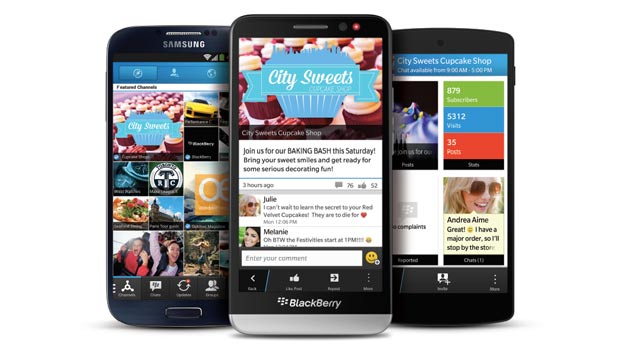 The Voice feature which makes its way into the app as well, is just another calling function which works with your data or Wi-Fi connections. If any of your contacts is available for a Voice call, a green icon will be displayed in the top right hand corner of your chat with them.

Another new addition to the newly updated BBM app is location sharing which is powered by Glympse. Using this feature, you can share your location with your friends, and even control the amount of time they’ll be able to see it and other factors. File sharing has been made more efficient, whereas the new Dropbox integration means you can easily send files stored in your cloud accounts through the BlackBerry messaging service.

A list of 100 emoticons has been included in the update as well. Furthermore, the limit to the number of persons who can participate in a BBM Group has been increased to 50.

Availability
The new updates for the Android and iOS versions of BBM are rolling out in a gradual manner, so don’t be surprised if you haven’t received them yet. They should be made available any moment now.