After months of leaks, the Huawei P8 flagship smartphone has been officially launched and it isn’t alone as the company also took the wraps off the P8max which is a nearly tablet-size device. Sadly, there was no P8 Lite handset at the event, but the phone does exist and might get unveiled at a later date.

The Huawei P8 and P8max smartphones, both feature premium unibody designs like the Ascend Mate 7 and they also have nearly bezel-less displays. The former device has a slim form factor of 6.4mm and comes in two versions, standard and premium. The only difference in these variants is in memory as the first option has 16GB storage and the second packs a whopping 64GB of hoarding space. 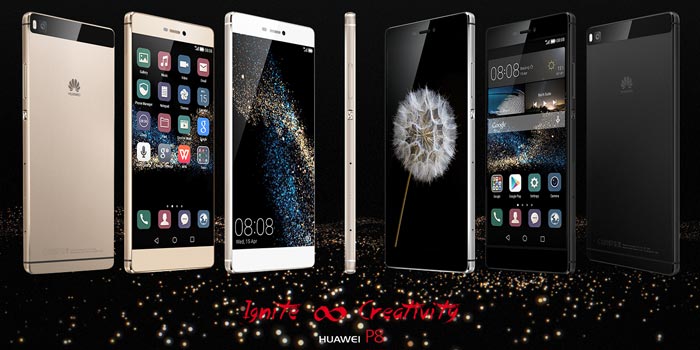 Like the Galaxy S6, the Huawei device also carries a 5.1-inch display with Corning Gorilla Glass 4 protection, but with 1080p FHD resolution. The company’s own processor, the Hisilicon Kirin 930/935 with Mali-T628 MP4 graphics, powers things up with Android 5.0 Lollipop running the show. And there’s the new Emotion UI 3.1 onboard as well.

Also read: Samsung’s slimmest smartphone will be 5.9mm, might be exclusive to China

The P8 flagship is also loaded with 3GB RAM, a 13MP main camera with OIS, an 8MP front shooter and a 2680mAh battery. Coming to the P8max, this smartphone is as large as a tablet with a 6.8-inch 1080p touchscreen. It also flaunts the same design as the smaller model, but is slightly thicker at 6.8mm. 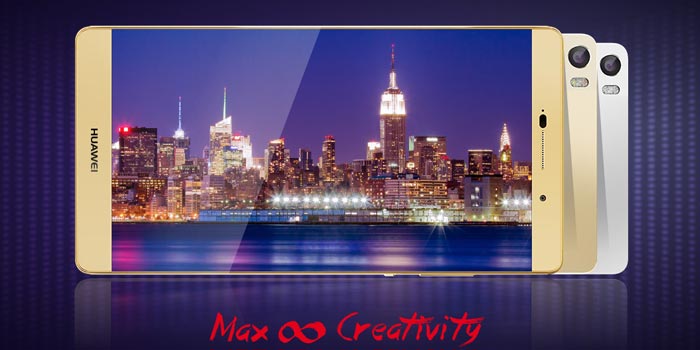 Here’s an overview of the Huawei P8max’s specs:

The Huawei P8 flagship will go on sale from next month in Europe for €499 (standard) and €599 (premium). The P8max phablet will be more expensive with prices starting at €549.

Facebook
Twitter
Pinterest
Linkedin
ReddIt
Tumblr
Flip
Previous articleLG is giving Windows Phone another try, this one is headed to Verizon
Next articlePrice cuts for the Xiaomi Mi 4 smartphone are in effect in India too