Unveiled for the first time is the new Huawei Ascend Y540 smartphone which features entry-level hardware and comes equipped with the Android 4.4 KitKat OS. This handset is currently being sold in Europe, the company’s prime market apart from China of course.

It seems to be on sale in nations like Italy and the Netherlands at a price of 95 Euros which translates to around Rs 6700. There are high chances of the Huawei Ascend Y540 entering India, but as we’ve observed over the past few months, the company takes its own sweet time in delivering its offerings to the country. 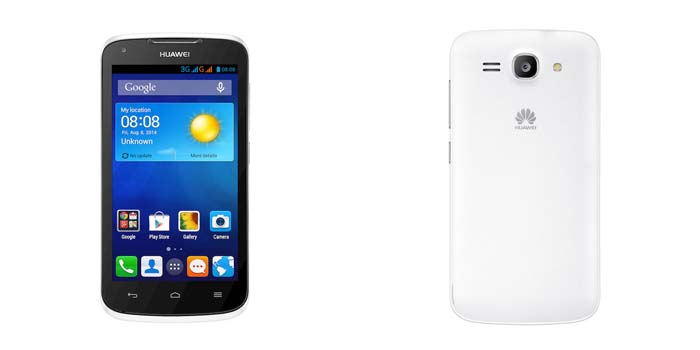 For those interested, the smartphone holds a 4.5-inch WVGA display on its front surface, and runs on a 1.3GHz dual core processor. The Ascend Y540’s operations are backed up 1GB worth of RAM, while 4GB of storage space has also been granted to the device.

Also Read: Huawei C199S is a metal-clad phablet with octa core Snapdragon 615 inside

This Huawei phone supports dual SIM cards as well as microSD cards for further expansion of storage. There’s a 5MP rear camera onboard, apart from a 0.3MP front shooter. The battery which keeps the handset going in between charges is 1730mAh in capacity.

Here’s a clear look at the specs of the Huawei Ascend Y540:

Like we said, the Huawei Ascend Y540 is being sold now in European countries like Italy and the Netherlands. There’s no word however on when it will be released in other territories from around the globe.