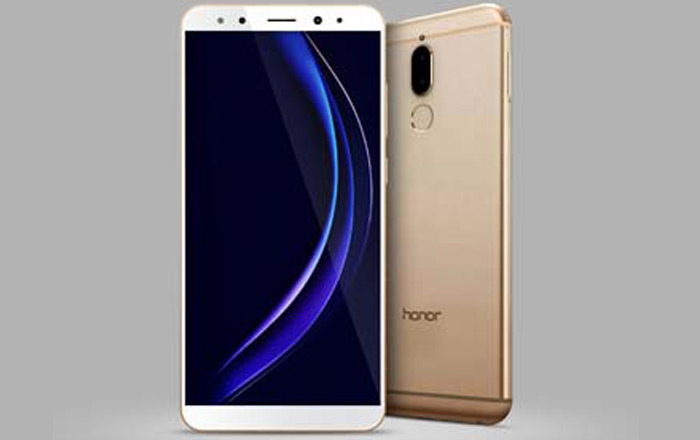 After launching the low-cost Honor Holly 4 in India just a few days ago, Huawei is back with a new smartphone that’s considerably more premium but still sticks to an affordable price tag. The Honor 9i is being marketed as the first phone in the world with 4 cameras, but that’s not strictly true since the Alcatel Flash has the same setup as well.

The Honor 9i has another trick up its sleeve if you’re not impressed with having 4 snappers at your disposal. The handset’s been fitted out with a 5.9-inch FullView display that features the same 18:9 aspect ratio which is found in the LG G6 and Pixel 2 XL. The panel outputs a FHD+ resolution, comparable with the similarly mid-range LG Q6.

None of its rivals have 4 lenses though. Huawei’s equipped the device with a 16MP + 2MP combination at the back and 13MP + 2MP one up front. The 2MP is meant for recording depth, so you can shoot artistic-looking bokeh and portrait shots. There’s an LED flash unit at the rear and a soft flash option on the flip side.

Honor 9i specifications at a glimpse:

The Honor 9i is set to be sold at Rs 17999 and will be exclusively available via Flipkart starting from October 14.