As expected, Huawei has launched a new high-end smartphone and it’s calling it the Honor 6 Plus which obviously points to a beefier version of the flagship it launched earlier this year. The handset will also be known as the Glory 6 Plus in certain markets and it offers improved imaging performance by employing dual cameras on the rear.

According to the company, having two 8MP primary snappers will enable users to capture images with twice the light compared to a single sensor and the autofocus time will be blazing fast at 0.1s. Well, the Huawei Honor 6 Plus isn’t the first device to offer such as setup as HTC also employs a very similar configuration on its flagship devices. 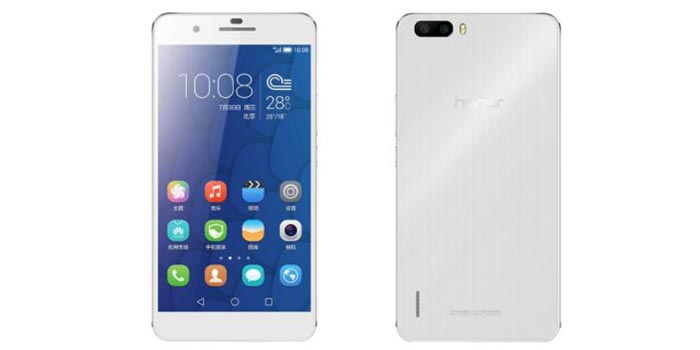 Huawei has also thrown in an SLR-grade ISP sensor and software algorithms which allow the snappers to produce stills in 13MP resolution. As great as the cameras sound, the other components are pretty attractive as well. The smartphone falls in the phablet category with a 5.5-inch 1080p IPS display on the front and it’s powered by an octa core Hisilicon Kirin 925 processor clocked at 1.8GHz.

There’s a Mali 628-MP4 GPU as well, and 3GB of RAM. The smartphone also comes with Android 4.4.2 KitKat and the Emotion UI 3.0. Additionally, it has support for TDD-LTE and FDD-LTE 4G networks and a 3600mAh battery gets things up and running.

The Huawei Honor 6 Plus is currently available through the company’s Vmall online store for ¥1999 or US$322 after conversion.