Huawei’s CEO Yu Chengdong had already confirmed that the company was working on a version of the Ascend P7 with a sapphire display and now, we’ve got a look at the final product. This basically indicates that the newly rugged smartphone could make its debut at the upcoming IFA 2014 expo next week.

An image of the sapphire-clad Huawei Ascend P7 was recently uploaded to the CEO’s official Weibo account, notes G4Games. To no surprise, the handset looks no different from the original glass model. And why would it? The only thing changed here is that there’s a fresh protective coating on the front made from highly a durable material. 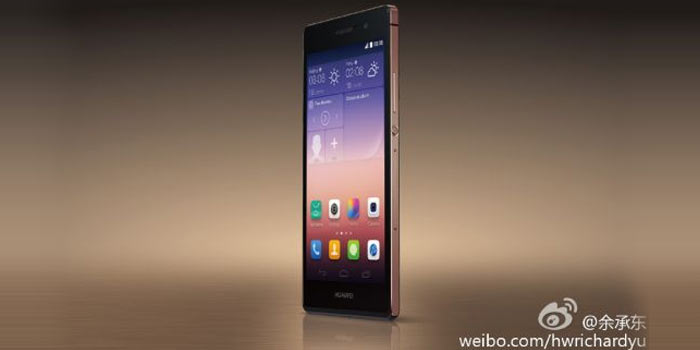 Well, Huawei isn’t the only company experimenting with sapphire displays. Apple will reportedly use the material for its upcoming iPhones, while Kyocera has already launched the Brigadier smartphone with its Sapphire Shield panel. Now, since the highly durable material is expensive to produce, the manufacturing cost will obviously rise up.

So the new Ascend P7 handset could be on the expensive side. But there’s a chance that the screen might not be pure sapphire as the upcoming iPhone’s and that could help keep the price in check. Well, nothing is confirmed for now, so we’ll have to wait for the company to share more details. Where specs are concerned, we expect to see nothing different in this model.

Here’s an overview of the Huawei Ascend P7’s key features:

We could see the new Huawei Ascend P7 go official on September 4 along with the high-end Ascend Mate 7 phablet.