Huawei has officially introduced its Ascend P7 smartphone in India which was launched back in May carrying flagship status. The device is quite an affordable release as it offers a good dose of hardware for Rs 24799, but it isn’t exactly the best option on the market.

For a little lesser price, you could get the beefier OnePlus One which is selling for Rs 21999 on invite-basis or the gorgeous Lenovo Vibe X2 that’s available for around Rs 20000. Then there’s the company’s very own Honor 6 flagship that’s not only cheaper, but also offers much better specifications. 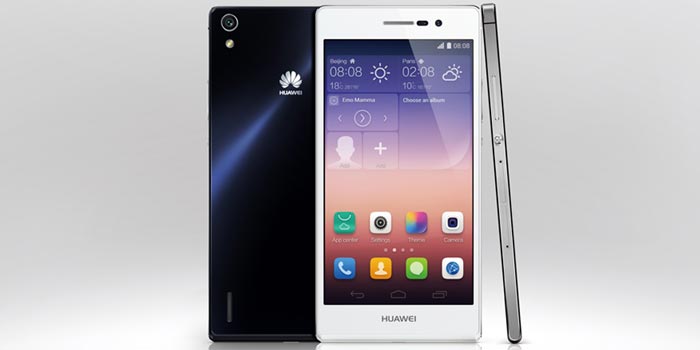 Nevertheless, the Huawei Ascend P7 is still a great smartphone and it’s quite the looker as well. It features a glass rear panel which has a 7-layer micro-pattern design with a spun texture. The phone is very slim at 6.5mm and it has a metal unibody construction.

Back in August, the company launched an enhanced version of the handset with a sapphire glass display for extra durability. The screen is a 5-inch 1920 x 1080p panel and it’s accompanied by an 8MP camera on the front. And on the rear, there’s a 13MP shooter with LED flash. The phone is powered by a 1.8GHz quad core Hi-Silicon Kirin 910T processor.

The Huawei Ascend P7 has been made available in black only through major retail stores across India.