Huawei Watch is a thing of beauty, TalkBand B2 and N1 outed as well

Huawei has become the first manufacturer from mainland China to adopt Google’s Android Wear platform, and it has done that through its new Watch device which is being showcased at the MWC right now. Along with this gadget, the company has even unveiled its TalkBand B2 and TalkBand N1 accessories.

As had been revealed through a leak, the Huawei Watch sports a circular display like the Moto 360, the LG G Watch R and the new LG Watch Urbane. It’s is a pretty small 1.4-inch AMOLED panel bearing a resolution of 400 x 400 pixels and a pixel density count of 286ppi. 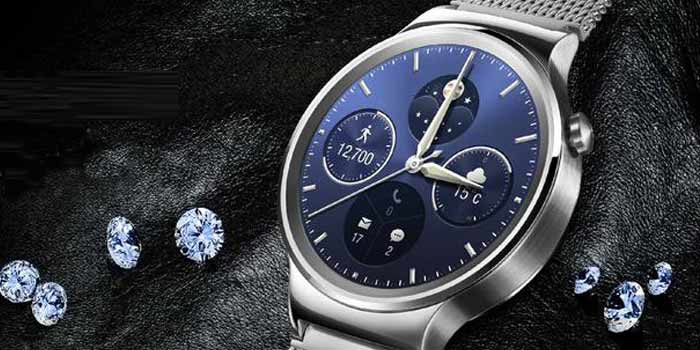 It has been designed keeping both female and male customers in mind, and hence kicks in support for interchangeable metal and leather bands. It can moreover, be purchased in gold, silver and black colored models. Huawei has said that its product contains 130 components in total, and that it’s built with 260 manufacturing steps, 160 of which are done by hand.

Apart from the usual Android Wear goodies and a heart-rate monitor, the Watch will even feature the company’s very own software for health tracking. There’s a 1.2GHz Qualcomm processor onboard, apart from 4GB of storage and 512MB worth of RAM. A definite price tag for it is still out of reach.

Here’s a quick glance at the specs of the Huawei Watch: 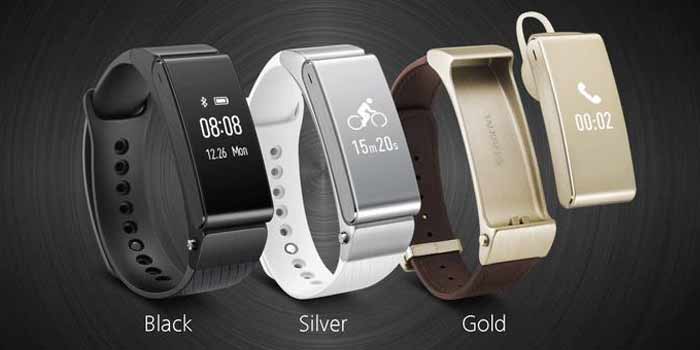 Coming to the Huawei TalkBand B2, this successor to last year’s model keeps things simple by being a fitness tracker that’s also a Bluetooth headset. It grabs a 0.73-inch PMOLED touchscreen monitor connected to a detachable body that can be placed on your ear.

It can work for 5 days without charging, and offers 12 days of standby time. This lightweight gadget comes with leather and TPU strap options, and will be offered in three colors namely, black, silver and gold. Its price is supposed to vary between €169 and €199 depending on the model chosen.

The newly unveiled TalkBand N1 can be best described as a wireless set of headphones that tracks fitness and stores MP3 files. Equipped with 4GB worth of storage space, it provides you with you audible notifications of your activities, and boasts of IP54 water and dust resistance. It costs €119.

The Huawei Watch as well as the company’s new TalkBand B2 and TalkBand N1 accessories will be released in global markets soon.