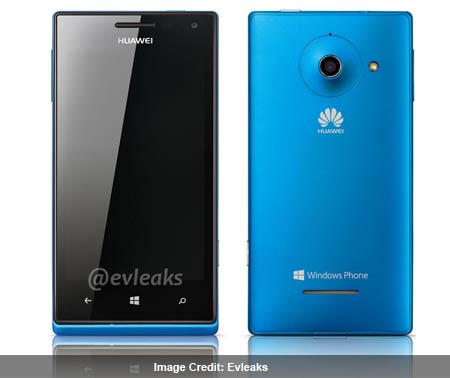 Rumors of the Huawei W1 handset’s existence have been making their rounds online over the week and now reports claim its authenticity based on leaked press shots. The phone appears to be designed for the entry-level segment, and it bears an affordable retail tag for those seeking a WP8 experience within budget.

When Microsoft announced the Windows Phone 8 platform it also disclosed a list of manufacturers who are preparing smartphones based on the OS. We’ve already seen what Nokia has to offer through the Lumia 920, Lumia 820 and Lumia 810. HTC has also showed off its handset lineup, while Samsung unveiled its Ativ S phone long before the others. Huawei, on the other hand, is the only manufacturer left to announce its latest offerings. Well, thanks to a couple of leaks, the W1 specifications are out in the open. And Evleaks has managed to lay hands on press shots of the handset’s front and back panels.

The guys over at Unwired View state that the device will be available in a host of color options including white, black, pink and blue. Like we said before, the smartphone appears to be budget-friendly and it may not have high-end features. Based on rumors, the hardware components should comprise of a 1.2GHz dual core processor, 512MB of RAM, a VGA front-facing camera, a 5MP rear-facing snapper with LED flash and 4GB of storage.

Based on the report, the W1 handset will be available in China from November or December for a price of approximately $310. The device is expected to launch globally as well, considering that Huawei is well established in various countries around the world.