The Honor 8’s launch event in India saw the arrival of two other Huawei phones dubbed the Honor 8 Smart and Honor Holly 3. The last is notably the brand’s first Make in India phone and was manufactured at its Chennai plant.

Starting off with Honor 8 Smart, the handset is priced at Rs 19999. It serves as a lower-specced version of the brand’s flagship P9 without the dual cameras, coming across as a rebranded model of the company’s P9 Lite. It makes do with a single 13MP primary camera which has been equipped with features like an aperture of f/2.0 and Sony IMX214 sensor.

The latter apparently results in high-quality shots even in low-light conditions thanks to less noise during the night coupled with high light sensitivity. The Honor 8 Smart additionally sports an 8MP front-facing snapper which the brand claims can perform the same feat in dark environments.

As for its other specs, the Huawei phone’s frame has been carved out of aircraft-grade aluminum alloy. The company has stuffed it with a 24-bit DAC HI6402 chipset in a bid to enhance its audio capabilities. The brand is also touting the smartphone’s 3000mAh battery which can apparently last for 1.4 days. 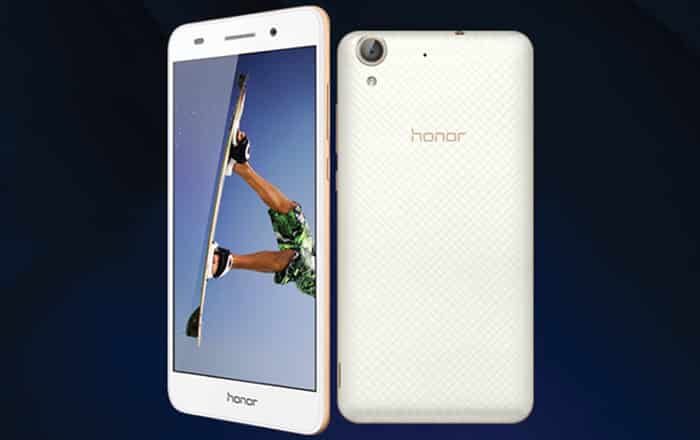 Moving on to the Honor Holly 3, the entry-level member of the series will set buyers back Rs 9999. It offers a decent mix of features for its market segment, with highlights including its 3100mAh battery and 3D back cover. A 13MP BSI CMOS rear camera and 8MP front-facing camera take care of photography requirements.

A quick summary of the specifications of the Huawei Honor 8 Smart:

The Honor 8 Smart and Honor Holly 3 don’t have a release date yet. Huawei only mentions that the two will be out soon. We’ll let you know as and when that happens.