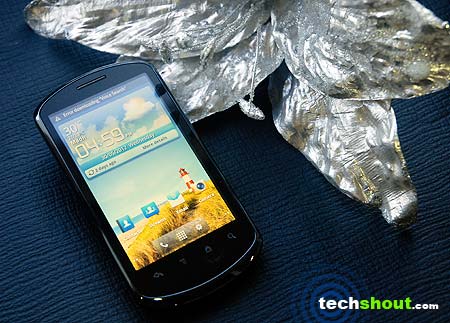 We recently got hold of the Huawei U8800 Pro x5, a beefed up version of the u8800 device which launched last year, at our HQ for a review. With a faster processor, an updated OS and a bunch of new features, this handset takes on the smartphone ecosystem carrying an attractive price tag against its Android competitors. These include devices such as the Samsung Galaxy Ace Plus, the HTC One V, Motorola’s Defy+ and various others, bearing similar specifications, features and fall within the same price bracket. So now we come to the main question; does the U8800 Pro have what it takes to create a strong stand in the competitive market out there? Well, by the end of this review we’ll surely find out. 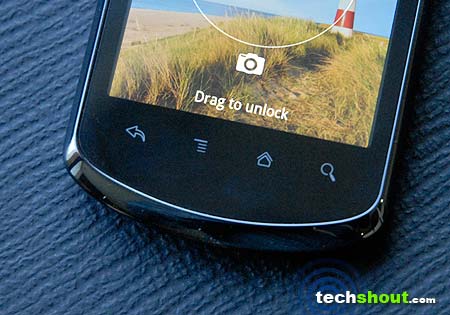 The Huawei U8800 Pro x5 arrived in a rather nifty package. Accompanying the smartphone is a couple of booklets that possess warranty information and a quick start guide followed by a USB wall charger, a micro-USB cable as well as a pair of earphones which are identical to the ones shipped with the iPod touch. By the looks of it, the handset appears to be no different than its predecessor. The only changes carried out are to its internal components, but more on that at a later stage. Designed around dimensions of 120mm × 62mm × 11.6mm, the device flaunts a candy bar form factor with the upper and lower ends curved like semi-circles. A shiny black bezel surrounds the touchscreen, while a darker hue flows onto the rest of the body, sans the gleaming effect. 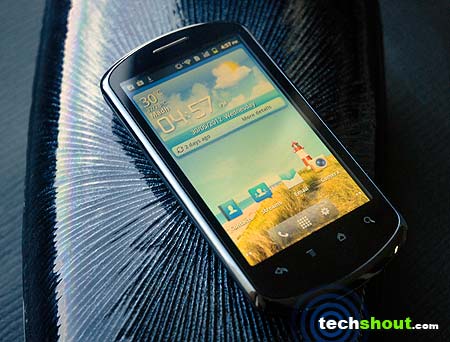 The rear panel has a rubberized feel to it. The entire surface is smooth and provides a good grip. On the downside, scratches appear quickly, but can be wiped off easily. Well, we wish the same could be said for the display. Let’s call it a smudge magnet in short; clearing off grease marks from the touchscreen is quite the troublesome job. At times, it’s even hard to get a clear view of content on the display. As far as the components go, the headset and notification LED are located above the screen, while 4 capacitive touch keys, namely back, menu, home and search, take their place just below it. On moving to the left, you run into the volume controls. On the top, you’ll find the power button and the 3.5mm audio jack, while the micro-USB port takes its place on the lower end. 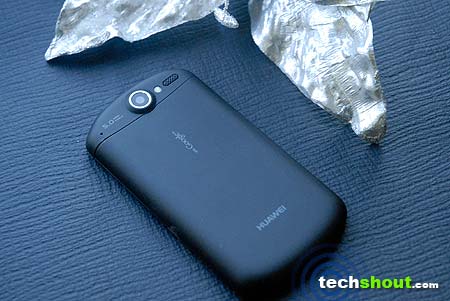 The manufacturer has a handful of monikers for the Huawei U8800 Pro x5 smartphone. An ‘HD video android cloudphone’ is amongst those titles. So what’s in the name? The handset is integrated with a host of could-based services from Huawei. Dubbed as Cloud+, you’ll be able to store almost anything from contacts and messages to media content online. The Android Gingerbread OS runs the show here and there’s isn’t any sign of an Ice Cream Sandwich update in the pipeline. On the bright side, devices with similar specs are already operating on that platform, so there doesn’t seem to be a doubt that the device isn’t capable of handling Google’s most recent mobile OS. A 3.8-inch TFT capacitive LCD caters to your visual needs portraying WVGA resolutions of 800 x 480 pixels, while a 1GHz processor is put to work within the device. 512MB RAM is employed for the much needed helping hand in multitasking and running memory-hogging apps. 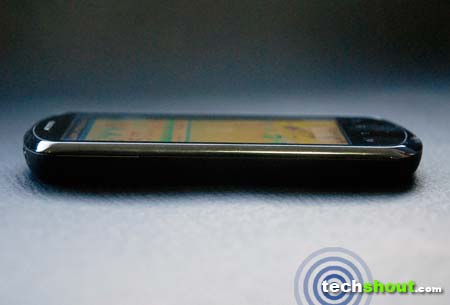 For hoarding content, you’ll basically have 1.5GB of user-available storage from the built-in eMMC flash drive of 4GB. The microSD card slot supports a total of 32GB which is pretty much standard for most mobile devices launched these days. To keep you entertained, a 5MP AF camera with flash snaps up stills and records videos in 720p HD resolution, while Wi-Fi connectivity which is also mobile hotspot-enabled, and HSPA+ network support gets you online. Compatibility with WCDMA 900MHz and 2100MHz bands are included as well. A 1500mAh Li-ion battery takes on the responsibility of juicing up the aforementioned components. You can expect it to deliver 440 hours of standby or 400 minutes of talktime on 3G. 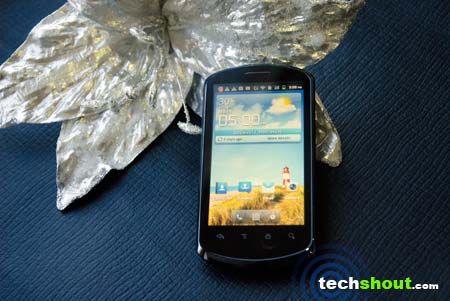 We’ve had a go with a couple of devices from Huawei in the past. And to be honest, neither of them managed to impress us. However, this time around, things prove different. The Huawei U8800 Pro x5 smartphone not only looks good, but also performs better than we anticipated. Well, it hasn’t blown us away, although you could say this one’s going to leave a memorable mark. Graphically demanding games like Riptide GP and Extreme Formula run flawlessly without any hiccups. We did experience frequent lags while navigating through the interface, but that story’s the same for most Android devices we’ve reviewed. The homescreen is highly customizable and supports aHome themes which are available in plenty on the Google Play store. The in-call audio quality is pretty decent, and the same goes for the signal reception.

On the entertainment front, HD video playback is smooth. However, videos recorded in 720p via the rear-facing 5MP camera didn’t match up to our expectation. It takes the camera quite some time to get the focus right. And the still images we derived were on par in quality with other smartphones that fall within the same category price-wise. What we really enjoyed was listening to a few jams on the device. The music player has an attractive design and the SRS WOW HD enhancement is, any day, better than Beats Audio found in the HTC One Series. With moderate usage, the device is capable of ploughing you through the entire day on a single charge. Constant Wi-Fi connectivity, a few hours of music playback and a bit of web browsing left the device with a little more than 40% power.

The handset has a highly responsive touchscreen and a display which portrays bright and vivid colors.

The device boots up much quicker that most other smartphone with similar specs.

The overall performance is adequate enough to run almost anything that falls within the smartphone’s grasp.

For the price tag the U8800 Pro carries, it places itself as a noteworthy pick.

A front-facing camera would go well with the 3G HSPA+ network support for video chatting.

While the display on the front is a smudge magnet, the rear panel can be easily scratched.

The video recording quality isn’t up to mark. At 720p HD resolution, the camera lags a lot and the footage obtained is blurry with a substantial loss in frames.

The Huawei U8800 Pro x5 is a highly customizable smartphone that’s capable of giving devices within the same price range a good run for their money. With a battery life that can keep going for an entire day and features to keep you constantly entertained, the handset places itself as a noteworthy pick. So would we recommend it? Well, absolutely. We’re giving it an 8.2 out of 10 rating. Potential customers in India can pick up a unit for Rs. 13,800.