Huawei Tron is what Ouya used to be: an interesting Android gaming console

Given its shape, it’s easy to mistake the Huawei Tron to be the Mac Pro, but as soon as its size is taking under consideration, you’ll be left wondering what the cylindrical device is all about. It’s actually an Android-based gaming console. Remember the recent fad which was started by Ouya and was followed by numerous other companies?

This console comes of course with its own controller which looks very much like the Xbox 360 gamepad. A circular touchpad has been equipped to it by Huawei, apart from four actions buttons and an equal number of shoulder triggers. Moreover, home, mute, view and menu buttons also form part of the controller. Sitting beneath its front face furthermore, is a headphone jack. 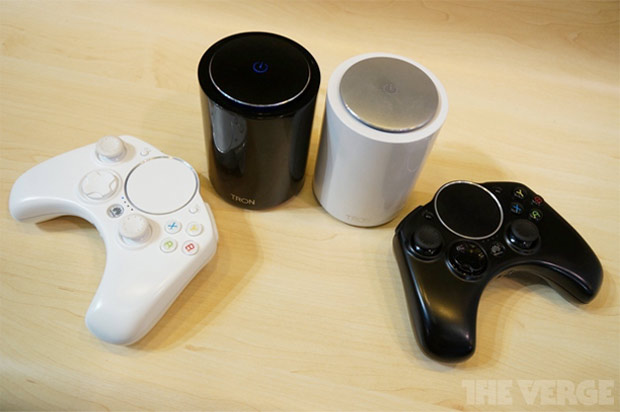 The Huawei Tron console runs the Android 4.2.3 OS, and encases itself in a neat cylindrical covering. Through its HDMI output facility, it’s able to a dish out 1080p video feed onto your TVs. Its internals are highlighted by a Tegra 4 processor which is backed by 2GB worth of RAM. Buyers will be able to choose between 16GB and 32GB storage options.

Wi-Fi 802.11ac, Bluetooth 3.0 and a USB 3.0 port have also been granted to the device, as revealed by The Verge. Right now, the Huawei Tron is planned to be sold only in China. And as far as its price goes, it’s going to be set somewhere around $120.