The Huawei Honor 6 smartphone appears to be doing quite well in India and the company plans to build upon its success by launching the new and improved Plus model later this month. The handset is not only larger than its sibling, but also a bit on the beefier side and it has some interesting features onboard as well.

The Huawei Honor 6 Plus made its debut in China back in December of last year. The company confirmed the handset’s upcoming arrival to India during its MWC 2015 press conference where it launched various new products including a very attractive MediaPad X2 tablet. However, there’s no word on when the latest devices will be made available. 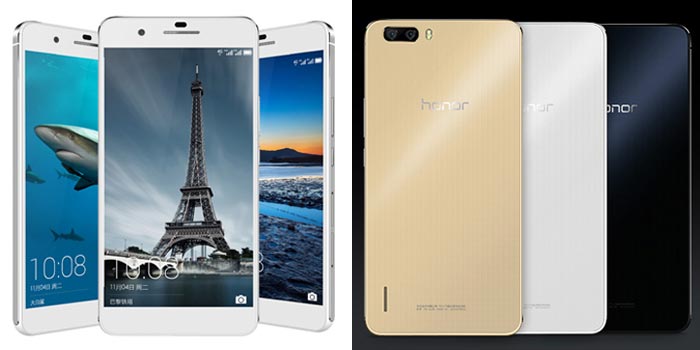 Android Central notes that Huawei also mentioned that it plans to ‘introduce affordable 4G smartphones in India,’ which means that we can expect a lot more from the company this year. Back to the handset in question, it’s slightly larger than the original at 5.5 inches, but continues to offer 1080p visuals.

Also read: Huawei Watch is a thing of beauty, TalkBand B2 and N1 outed as well

The processor used here is an improved HiSilicon Kirin 925 octa core chip which delivers better performance. Additionally, the Honor 6 Plus offers 3GB of RAM and also has 4G LTE support on board. The main highlight of the smartphone is that it packs dual 8MP rear cameras for better low-light performance and quick autofocus.

Huawei Honor 6 Plus specs at a glance:

The Huawei Honor 6 Plus will most likely follow the same route as its smaller sibling and launch in India exclusively through Flipkart. You can expect the phablet to retail for around Rs 20000.