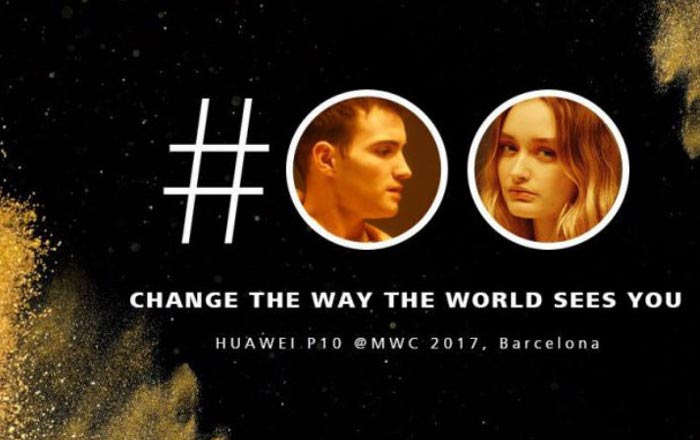 Huawei has officially confirmed that it’s planning to launch the P10 and Watch 2 at a pre-MWC event taking place on February 26. The company’s currently busy promoting the former via its social media channels.

The latest set of teasers for the Huawei P10 showcase the outline of the phone set amid differently colored backgrounds. It’s a clear indication that the handset will be available in green, gold and blue options. A separate video promo has the tagline ‘Change the way the world sees you.’

Based on the video, it seems Huawei’s upcoming phone will feature dual cameras. The company’s previous P9 notably made a name for itself courtesy its Leica-branded twin snappers. Speculation till date has hinted that the new offering will improve upon its predecessor with 20MP and 12MP shooters on its back.

The selfie setup will likely remain the same with an 8MP lens on the front. The P10 is expected to feature major changes like a dual curved screen and support for wireless charging. A 5.2-inch QHD display may be present, alongside a 3100mAh battery and an octa-core Kirin 960 processor.

Storage options might be composed of 4GB/64GB and 6GB/128GB combinations. There have also been talks of a P10 Plus variant that could pack a whopping 8GB of RAM and bigger panel. This version may or may not make an appearance at the MWC 2017. It was listed on a Spanish retailer’s website priced at €799 (roughly $845 or Rs 56500).

As for the Huawei Watch 2, the wearable’s arrival was revealed by the company’s CEO Richard Yu via Weibo. It’ll probably run on Android Wear 2.0 and feature a SIM card slot.