Huawei’s upcoming P10 Plus has gotten leaked in the form of promotional renders showing off the phone from every angle. The smartphone is expected to be launched alongside the P10 at the MWC 2017 on February 26.

Huawei has so far not confirmed the existence of the P10 Plus, only extending that courtesy to the P10 and Huawei Watch 2. If accurate, the recent crops of images serve as evidence that the Plus variant does exist in any case. Based on the photos, it appears the handset will sport a dual-curved display and a rear-mounted fingerprint scanner.

This is in contrast to the P10, which might carry a flat screen and front-facing fingerprint sensor embedded within its home button. Specs are predicted to be the same for the two. However, a few reports allege that the P10 Plus will get a special 8GB model.

Other than this possible difference, Huawei will likely bless both with features like a 5.5-inch QHD panel and 3100mAh battery. Storage options could vary from 32GB, 64GB, and 128GB of ROM. Either 4GB or 6GB of RAM may be offered. 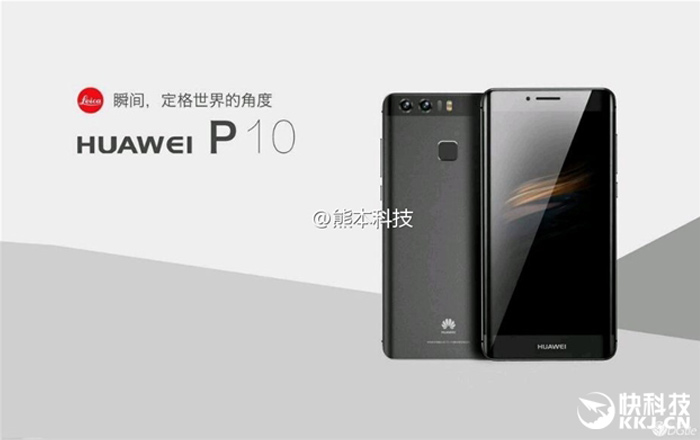 A Kirin 960 processor might be in charge of getting things done, while Android 7.0 Nougat layered with the manufacturer’s EMUI 5.0 will probably handle day-to-day operations. As for photography, the P10 and P10 Plus are likely going to continue its predecessor’s Leica legacy with 12MP rear cameras bearing the brand name.

We’ll keep you updated the moment the Huawei P10 and P10 Plus are announced at the MWC 2017.