Who said affordable devices cannot be stylish? Huawei’s latest Android tablets, the MediaPad X1 and M1, have gone official at the MWC 2014 and they are wrapped in gorgeous aluminum shells. Also, both slates come with cellular modems and support voice calling.

We’ve already seen the Huawei MediaPad X1 leak out multiple times now. Images and specifications of the slate have been making the rounds since a few months and the data leaked back then has proven to be authentic. The tablet will compete against the Nexus 7 by carrying a 7-inch 1200 x 1920p FHD LTPS touchscreen. The device is designed with a 7.18mm thin form factor and it has an 80% screen-to-body ratio. Also, it tips the scales at 239 grams. 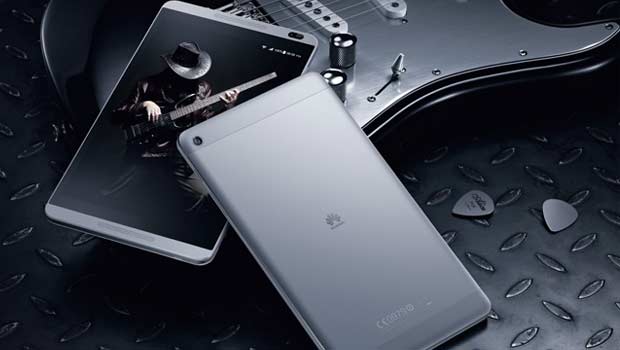 Unfortunately, the Huawei MediaPad X1 comes with Android 4.2 Jelly Bean preloaded. On the upside, the company has fitted it with a 13MP Sony Exmor R BSI camera on the rear, which is the highest you’ll find on tablets. There’s also a 5MP front snapper and a 5000mAh battery. Coming to the MediaPad M1, this slate falls in the 8-inch segment and it offers 800 x 1280p HD visuals.

The Huawei MediaPad M1 is being touted as an entertainment slate. It has dual front-facing speakers and a 4800mAh battery that can deliver up to 8 hours of video playback. The same 1.6GHz quad core processor seen in the MediaPad X1 delivers the steam here and there are dual cameras, a 1MP webcam and a 5MP rear snapper. Both tablets tag along LTE Cat4 radios and dual mode Wi-Fi. 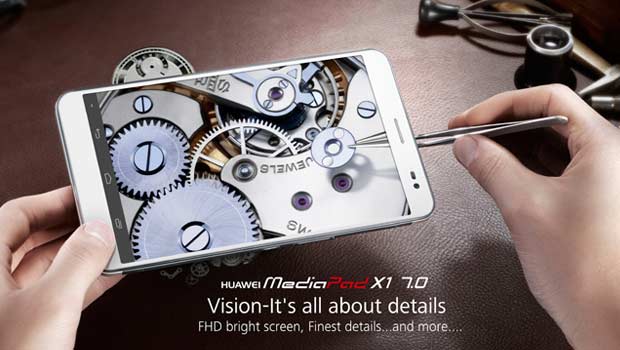 The Huawei MediaPad X1 will go on sale in China, Russia, Western Europe, the Middle East, Japan and Latin America next month, while the MediaPad M1 is slated for release in Asia Pacific, Australia and all of Europe as well as the aforementioned locations. No price details have been divulged as yet.