The Huawei MediaPad X1 7.0 tablet that goes by the model number 7D-501, has been spotted on the internet and most of its specifications have been leaked. It comes across as a tough competitor of the Google Nexus 7 and we expect it to make its official appearance at the MWC 2014, to be held this month in Spain.

The name of the Huawei device makes it pretty clear that it features a 7-inch touchscreen and if the reports on the web are anything to go by, it can deliver visuals in a resolution of 1920 x 1200 pixels. That amounts to 323 pixels per inch. A 1.6GHz Hisilicon 910 Kirin processor built up on the ARM Cortex A9 architecture has been integrated to facilitate multitasking. 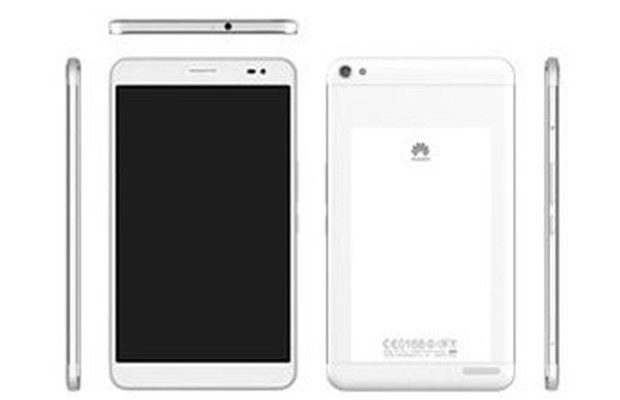 This chipset is accompanied by a Mali-450 GPU and you even get 2GB of RAM along with it. But you may be disappointed to know that the Huawei gadget doesn’t snack on KitKat. It is based on the Android Jelly Bean 4.2 OS and may receive an update for the version 4.4 in the future.

And what’s more, it is slated to be made available in shades of black and white and is likely to be extremely slim as the chassis measures merely 7.5 millimeters in thickness. The slate’s dimensions are 183.5 x 103.9 millimeters and it weighs in at 239 grams.

The folks over at The Droid Guy were one of the first few to spot the Huawei MediaPad X1 7.0 at the Tenna website which is the FCC equivalent of China.

Expected specs at a glance: